For years I’ve seen other bloggers post pictures of Golden Lattes. I’d skim the recipe, and stare in disbelief at the list of ingredients: coconut milk, black pepper (!!), turmeric, cinnamon, ginger…it sounded more like a stirfry than a sweet drink. 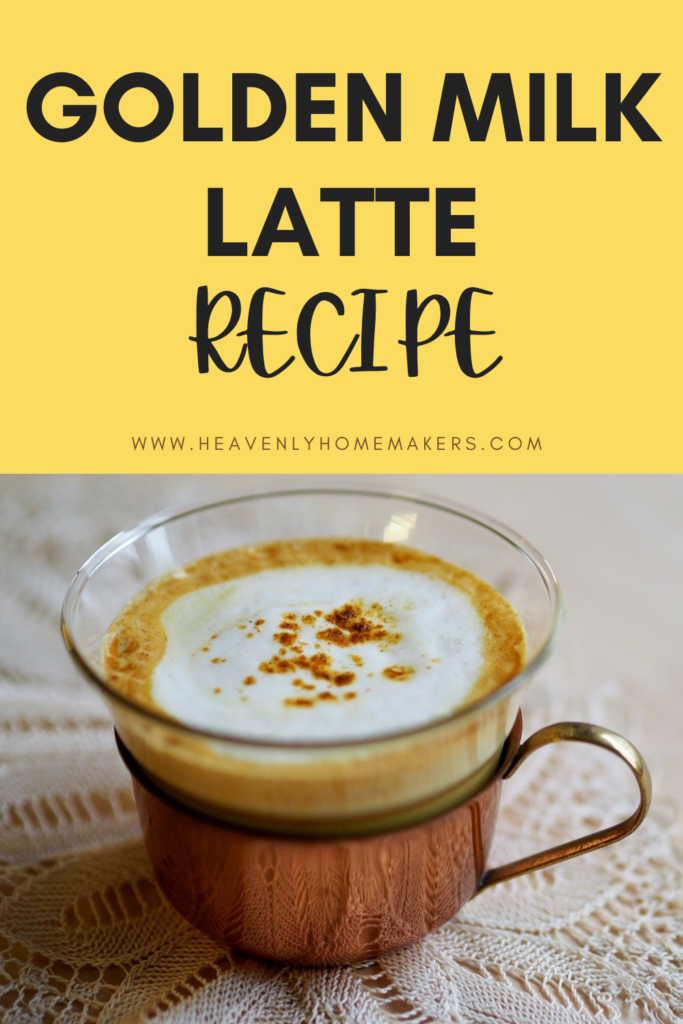 I couldn’t get it out of my head. These mugs full of golden, frothy goodness. Not only did they look amazing, but their ingredients were so healthy. So many health benefits are tied to ground turmeric, and ginger. They are immune-boosting, and anti-inflammatory, but also just plain delicious.

I just had to try it.

So one chilly evening, I pulled out a jug of coconut milk, and poured it in a saucepan. I added a crazy amount of ground turmeric, a hesitant shake of black pepper, a large spoonful of other spices, and some honey. I stirred and stirred, and then when it was hot, blended it with an immersion blender to give it some froth.

Then I poured it into a mug, and gave it a taste.

You guys: oh wow. This drink is so unbelievably good. It is as comforting as hot chocolate. It has the spice of a chai tea and the sweetness of a vanilla latte.

We’ve been making these lattes almost every night, and now I’m eyeing bulk ground turmeric. At this rate, we’re going to have to begin purchasing bulk spices. 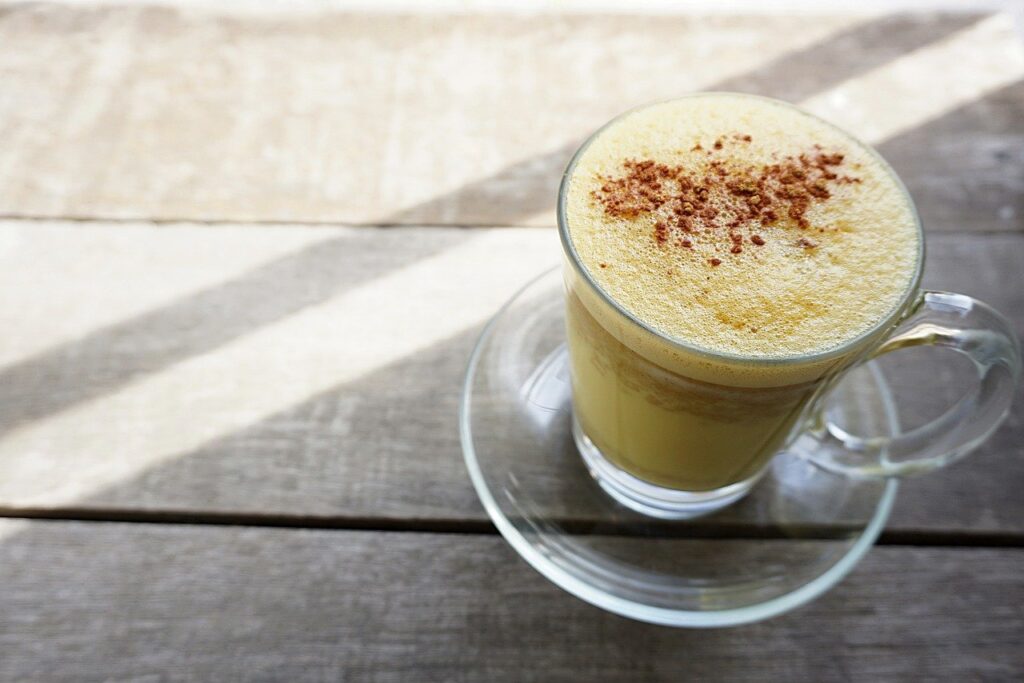 Try it! You won’t be sorry!

What if I don’t have all the spices?

It’s okay! Use what you have. When I made my first Golden Latte, I only had pepper, ground turmeric, and cinnamon. So that’s what I used. As time has gone by, I’ve added the other spices to my latte as well!

What kind of milk should I use?

We use coconut milk, but it would be just as delicious if you used dairy, almond milk or another type of milk!

Why is it called a latte when it doesn’t have coffee?

There are many recipes that include instant espresso. You can add some to your latte if you prefer! I just like a nice, caffeine-free drink for the evenings, but a bit of espresso gives it an extra kick if you drink it earlier in the day.