While we typically claim to be a soccer family, we’re loving basketball season right now too. From going to York College games to going to our oldest son Asa’s games – we’re sitting on many a bleacher these days. We love every minute of it and really appreciate that Asa (14) is a part of a wonderful homeschool basketball team. The friendships he has made by being a part of this group have been priceless.

Last week was “Parent Appreciation Night” during our Falcon home game. A friend of ours got some great pictures that night, so I thought it would be fun to show you my fun, smart, and sometimes goofy teenager.

Asa presented me with flowers during the Parent Appreciation part of the assembly. Don’t ask me what we were having a conversation about here. Yes, he and I often like to talk smack. ;) 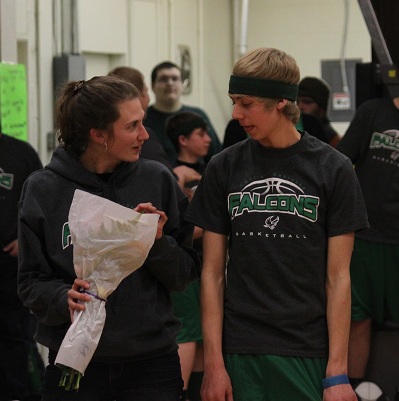 Here, he decided to continue the goofiness, even though we were trying to get a nice picture… 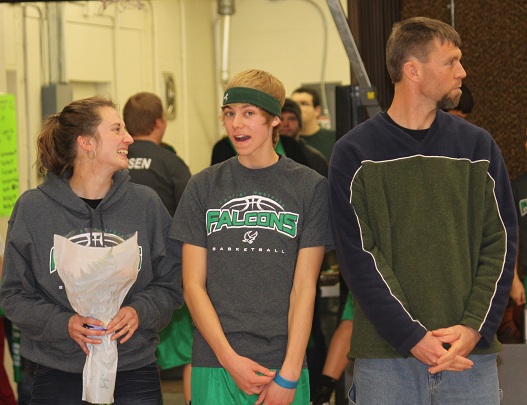 Okay, finally. He decided to stop being silly. I love having fun with my teen. And yes, he has grown since I last posted pictures of him and yes, he is now several inches taller than I am. 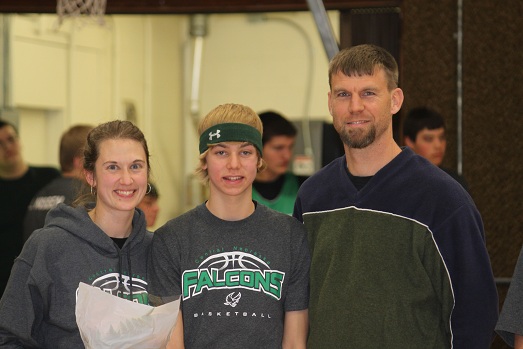 Here he is later during the game, going up for a shot. I believe that one didn’t go in, but shucks, let’s just not talk about that and pretend that it did. 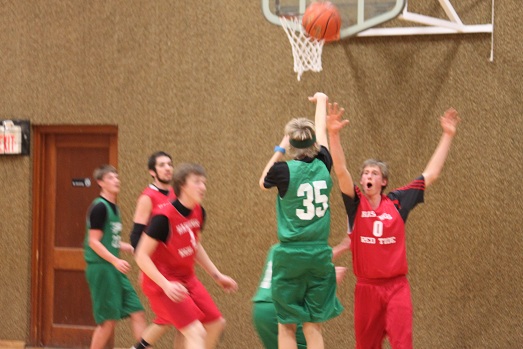 I’m thankful for basketball season. I’m thankful that my son has this opportunity to be a part of a great team of Christian boys. And I’m super thankful for the relationship I have with my teenager. What a gift.

Share how God is working in your life on your blog, then come link up with us here. If you don’t have a blog, be sure to leave a comment letting us know what you’re grateful for!

If you are linking up a blog post for Gratituesday,
please copy and paste the following sentence into your post! Thanks!

Join us for Gratituesday at Heavenly Homemakers!