I’m sorry if it appears that I’m stuck on the subject of eczema, but while I’ve been writing during the past few days about our battle with Malachi’s eczema , I have been amazed at all the emotions it has brought out in me.  I’ve been bawling over the keyboard like crazy.  One of the biggest emotions I’ve felt is thankfulness! (Is thankfulness an emotion? I sure am feeling it!)

Those were some tough years. Many days we felt like we were fighting a losing battle. We got little sleep. The kind of sleep you get when you first bring a newborn baby home from the hostpital? We got that kind of sleep for three years. After Malachi turned three he finally started sleeping through most nights, only occasionally waking up scratching and crying. He slept the most peacefully if he was in our bed, so that is exactly where he slept until about a year ago (he’s five now).

At about age 3, the eczema gradually began to clear. It started healing first on his head and slowly moved down his body until now he mostly just suffers from sores on his legs. How I wish he didn’t suffer with eczema at all anymore…but WOW am I thankful that it is “only” on his legs now. He is not nearly as miserable as he had been. And he’s now able to sleep the night through and feel healthy and rested.

As I’ve been writing about our fight against chronic eczema, I’ve sifted through his baby pictures so that I could post one or two for you to see the severity of his problem. I’ve just not been able to post one though. Those pictures are painful for me to look at and I’m sure they’d be painful for you to look at too. The poor guy. What a tough kid.

BUT, because looking at all his baby and toddler pictures reminded me of how far we’ve come and made me so incredibly thankful to be at this point in our battle, I decided to go ahead and give you an idea of what we’ve been fighting against.

This picture was taken on Mother’s Day ’07, almost three years ago when Malachi was about 2 1/2. It’s not a super close up pic, because I just couldn’t post one that was. But, you get an idea of how the rash covered his face and neck (also arms and legs, but you can’t tell that in the picture). 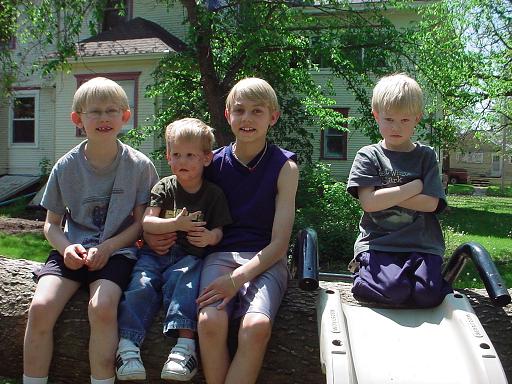 Incidently, while we were fighting Malachi’s eczema issue, we were simultaneously fighting a battle of stubborn-ness with our then five year old Elias. There wasn’t an easy remedy for that issue either, but I think we’re on the winning end of it now.. ;)

And now here we are, three years later… 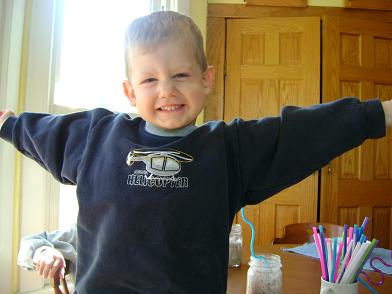 What are you thankful for this Gratituesday? Write about it on your blog, then come link up with us here. If you don’t have a blog, be sure to leave a comment letting us know what you’re grateful for!

If you are linking up a blog post for Gratituesday,
please copy and paste the following link into your post! Thanks!


Join us for Gratituesday at Heavenly Homemakers!