This post is becoming somewhat of a Christmas tradition here. Each year I tell you how much we love games, I tell you about the games we already have, and I ask for your ideas for new games to get our family for Christmas. After all, we are a gaming family. Surely we can’t survive Christmas without a new one under the tree, right? 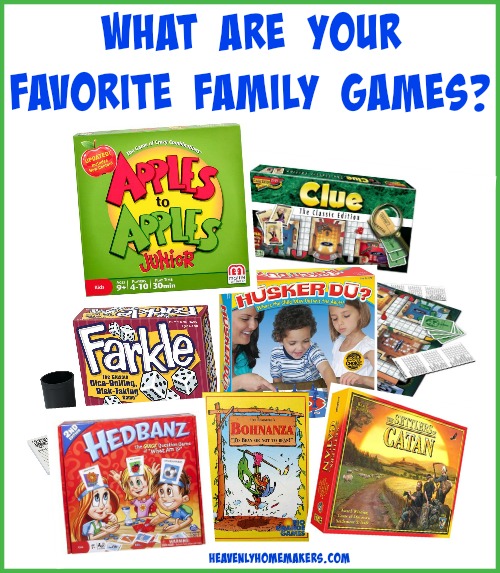 Here are the games we already have and love:

Those links are my affiliate links.

So with these facts in mind:

What games would you recommend for our family this year? What do you have and like?

Thanks for making this so much fun every year!