After four days, I didn’t notice any more changes in the ice cream. After eight days…it looked the same way it had looked on day four and I decided to say goodbye to the ice cream sponges on my countertop.

Here are the final pictures… 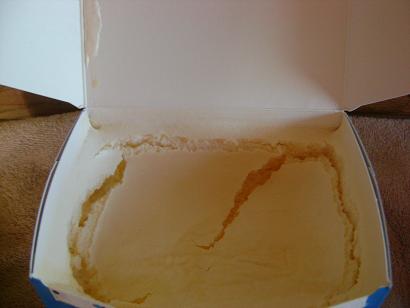 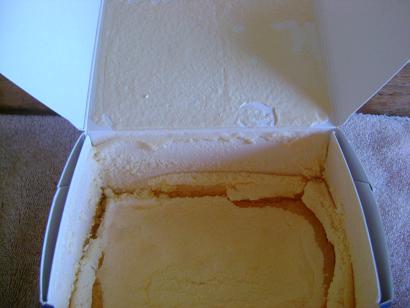 Brand One with a spoon stuck in it just for fun: 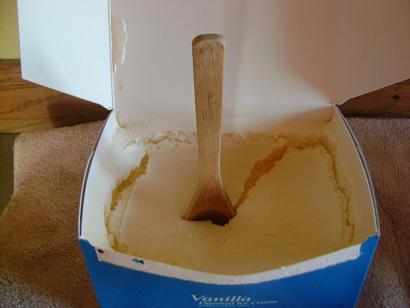 Brand Two with a spoon stuck in it for the same reason as above: 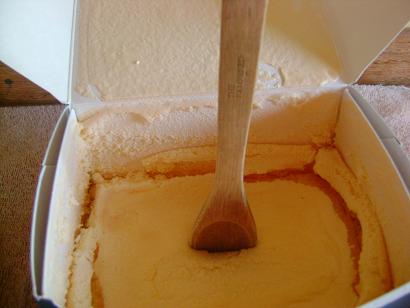 As you can see, if you compare the pictures from the beginning of the experiment until the last day of the experiment, the ice cream did do some melting . After four days, the towel under both boxes was wet and icky. So, it would appear that the milk, cream and buttermilk in these ice cream brands did what they were supposed to do:  they melted. For some reason, it took four days…but they did melt.

But then there’s all the others stuff left in the box that didn’t melt.

Yes, I understand that stabalizers and stuff are added to make it easier to transport it all over the place…but that still doesn’t make me want to eat it.

If possible, I’ll stick to my Homemade Ice Cream. 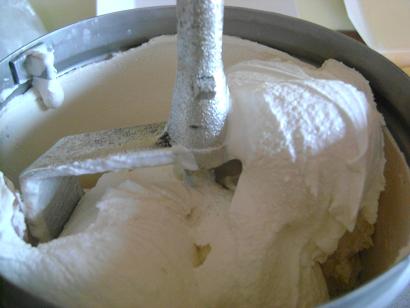 Or, if I’m in a pinch and need to buy some ice cream at the store…I’ll definitely spend a little more and get “the good stuff” like Breyers or Haagen-Dazs that has basic, more natural ingredients.

And now…I am completely hungry for ice cream. The creamy homemade vanilla kind. Maybe with some fresh peaches in it. Or strawberries. Or both.

(Read about which Ice Cream Maker I recommend here!)