After learning how great my new Victorio Food Strainer is at making homemade applesauce, I was super excited to use it to make Homemade Tomato Sauce. I was finally able to experiment with it a couple weeks ago.

The easiest way I’ve found to prepare tomatoes for sauce is to roast them in the oven. Then, instead of running them through the blender like I have in the past, this time, I put them through my Victorio.

Or rather, I had my friend Piper run them through my Victorio. She and her brothers had spent the day with us, and she was happy to come into the kitchen and help me. You know what this proves? It proves that in a house that holds seven boys, sometimes we women need to stick together. And it also proves that the Victorio is easy enough for an eight year old to use! 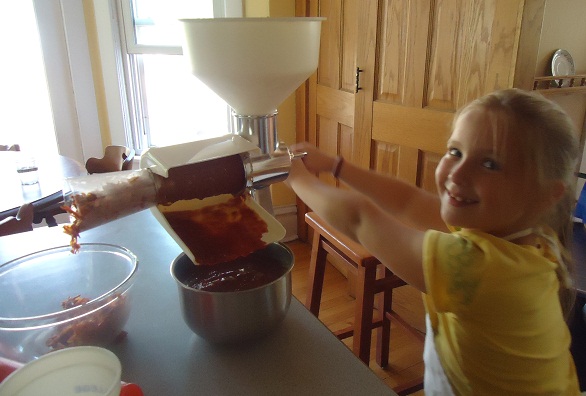 She had that tomato sauce strained in no time. And look! It’s so pretty it looks like it came directly out of a jar from the store. Except that it didn’t. It’s homemade and it’s organic and it’s made from fresh tomatoes from our garden! 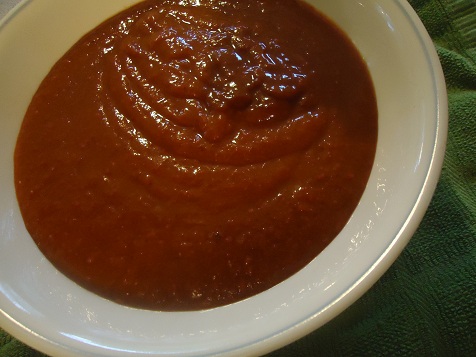 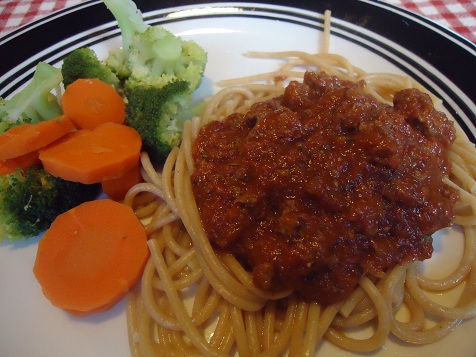 I know several of you have shared that you also decided to invest in a Victorio Food Strainer. Are you pleased with it so far?  I let my friend Jenny borrow mine and she loved it so much she bought one for herself. I’m telling you – it’s an incredible tool for the kitchen if you do a lot of canning!