I’ll get right to the point.

I think it’s a fabulous idea to make homemade bone broth in the crock pot. But that doesn’t work for me and here’s why:

My crock pot only makes 3 quarts of broth at one time.

(It’s a 6-quart crock pot, but after the bones are strained out, the amount of broth only ends up being about 3 quarts.)

Instead of a crock pot, I make broth in my big stock pot, which makes almost 2 gallons at one time! (The same is true for applesauce. It absolutely doesn’t save me time to make a crock pot full of applesauce when I can make many quarts in my stock pot in much less time.) 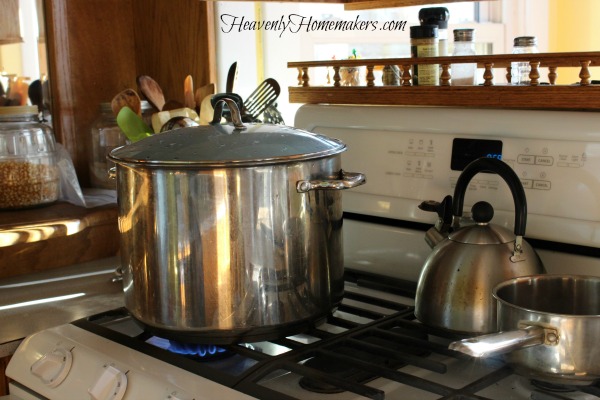 Indeed, my stock pot makes almost three times the amount of broth (or applesauce) at one time compared to my crock pot. Since broth simmers slowly for several hours no matter what I cook it in, efficiency tells me to always use my stock pot.

In addition to this, I typically make two huge batches of broth in one day to make the most of my chicken or beef bones. I make one batch of broth when I’m cooking a couple of chickens. Then I strain the broth to put into jars, pull the chicken off the bones, and throw the bones back into the pot to make a second batch. In both batches, I throw several pounds of onions, carrots, and leeks. I get almost four gallons of broth in a day when I do this! (Read the following links for specifics on  how I make Chicken Broth and Beef Broth.)

This process gives us enough broth for soups and other recipes for about two weeks. It is awesome.

A Side Note: I Make Orange Chicken or Beef Broth

Let’s talk for a moment about all those veggies I cook into the broth. They get ridiculously mushy after cooking for so many hours, so I just blend them up and stir them back into the broth for added nourishment. You know what this means, don’t you? This means that my broth always turns a beautiful orange color. 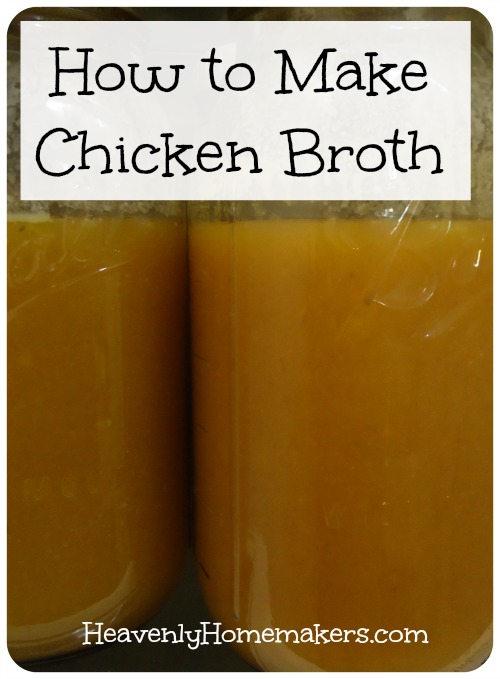 A word to the wise:

If you follow this example of cooking and blending carrots/onions/leeks/celery/spinach into your broth, turning it a beautiful orange color – I suggest that you inform your family about the contents of the pretty orange liquid you’ve placed in jars in the fridge. Otherwise they might say, “Can I have some orange juice?” and you might absentmindedly say, “Sure” before you realize you don’t actually have any orange juice. And then your kid will take a big swig of chicken broth and almost puke.

It could happen I think.

I have no idea why my youngest won’t touch orange juice anymore.

Back to talking about the Stock Pot Broth Making Method

Now in a few years when all these strapping teenage sons of mine have left the nest (sniff) and I no longer need pounds and gallons and cases of food like I do now, might I go back to using my crock pot to make broth again?

I haven’t decided. I like efficiency. Broth freezes just fine, so I may always use the stock pot for broth-making to avoid having to make the mess as frequently.

And the truth is, I’m not even sure I remember how to make less than 16 quarts of something at once. We may enjoy a lot of leftovers (or company) until I can figure that out.

This is why I don’t make broth in the crock pot. 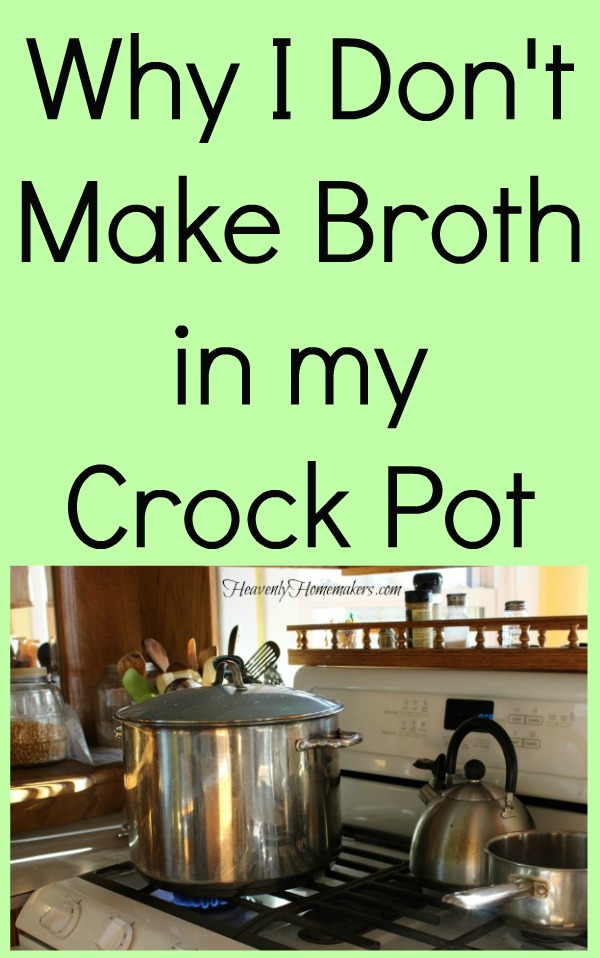 How do you make your broth?