This has been such a fun weekend! We’ve been in Kansas since Thursday night with our homeschool basketball teams at our final tournament.

This tournament is always such a blessing. The fellowship with families on our team, plus families and friends we get to meet up with while we’re there is priceless. Having hundreds of homeschool athletes together in one place makes for a wild and crazy weekend. It’s a highlight of our year. We watched so much basketball this weekend, I was dreaming basketball last night. As if the weekend of games wasn’t exhausting enough. :)

After little sleep, hundreds of miles, and loads of basketball games, I’m not sure if/when I’ll get around to creating and posting a menu plan to share. Instead, I thought I’d share some photos of the weekend. By the way, who decided that daylight savings time should coincide with a night we were getting home in the wee hours? Ah well…

Here’s our girl’s team. They played better than I’ve ever seen them play – going up against some super tough teams and holding their own. So proud of them and grateful that these young ladies are in our lives! 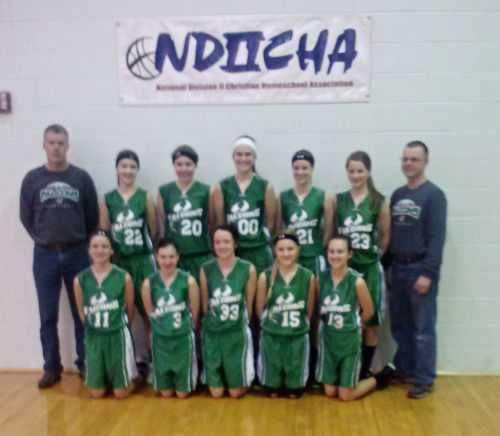 Here is our boys’ team, just before the tournament started Friday. Asa is #23; Justus is #32. Asa got a lot of playing time this season. Justus is an eighth grader, so this was a big learning year for him. His time is coming. :) 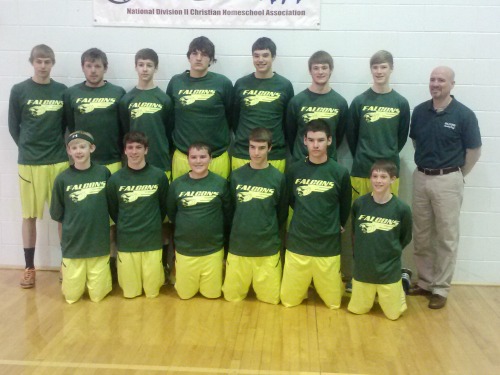 All three games our boys played were nail biters. They have got to stop doing that to us. Parents and fans can only handle so much stress, you know? Phew.

God bless the younger siblings of these athletes. They’ve been dragged to game after game after game – almost every weekend since the beginning of January (and a few in Nov. and Dec. too). They have so much fun playing with each other on the sidelines during games.

At the end of the day Saturday, our boys played in the championship game in their division. We are so proud of them! They played hard, worked together better than ever, and pulled out the win against a tough team. It was so much fun watching them work as a team to pull out the win. 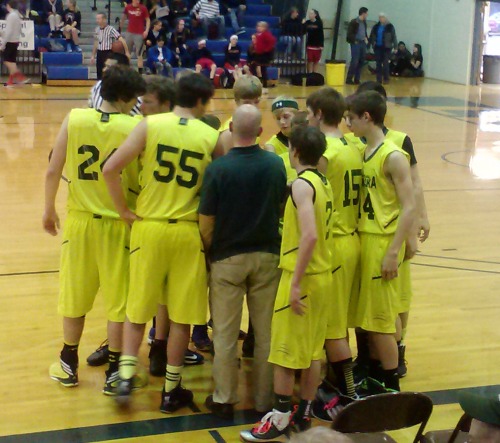 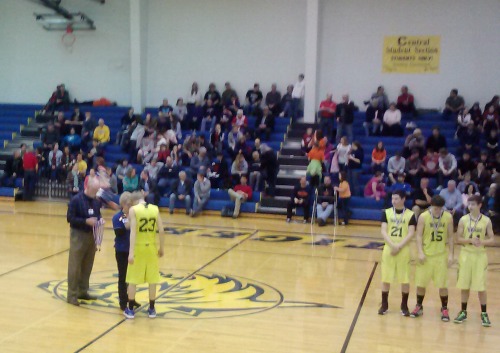 And our entire boys’ team posing after the championship game: 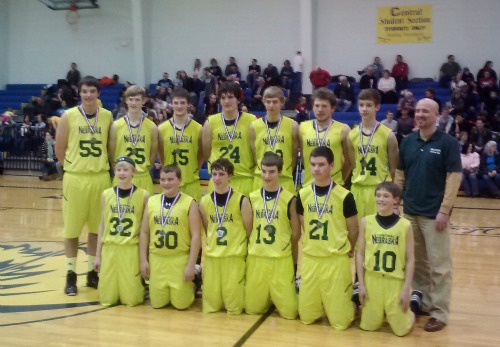 Now we’re home again, catching up on work and laundry, and getting ready for a new week. Praise God for all the fun and friends He gives us!

Just for giggles, I’ll leave you with this gem. We went out for dinner Friday night, and found this among the drink choices. Read it carefully: 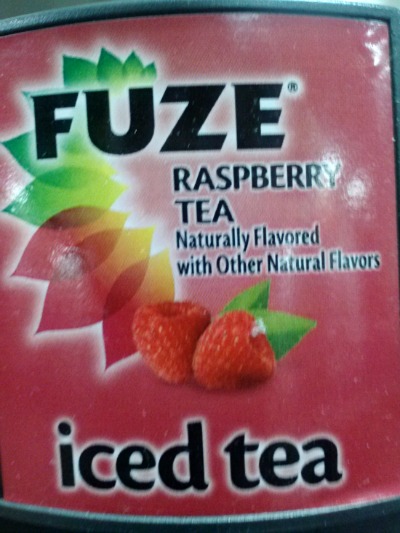 Awesome marketing. “Naturally flavored with other natural flavors but probably not the ones you would expect so we would rather not post them here. Instead we’ll print words that don’t really make sense, along with a delightful picture of some fresh raspberries. Drink me.”