Turkey Gravy is easy when you follow these steps! 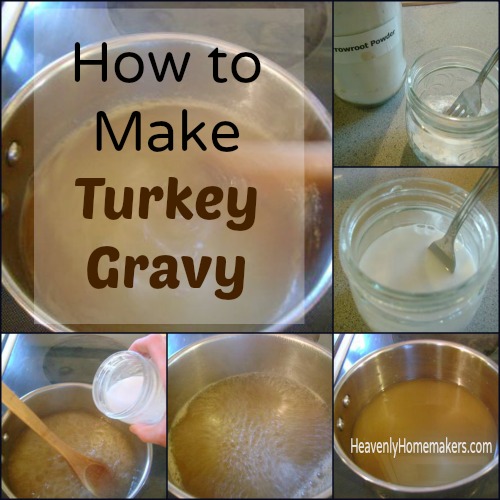 I think gravy is my family’s favorite part of the holiday meal. “You want any potatoes with that gravy?!”

I know some people are intimidated by making gravy…afraid to make it lumpy and all that. (And then there are people who like lumps in their gravy. “What are these delicious lumps you put in your gravy?”)

Step One: Pour broth into a medium saucepan. 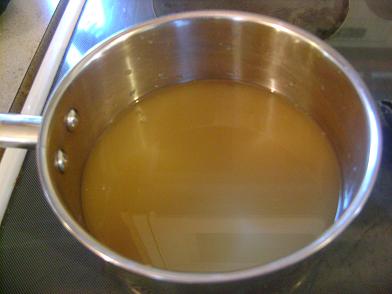 Step Two: Spoon arrowroot powder (or cornstarch or flour) into a small jar or glass.
(Surprise, surprise…I use  a jar.) 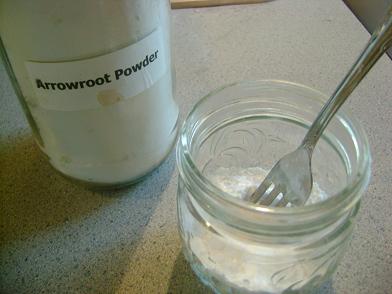 Step Three: Add water to arrowroot powder and whisk smooth with a fork. 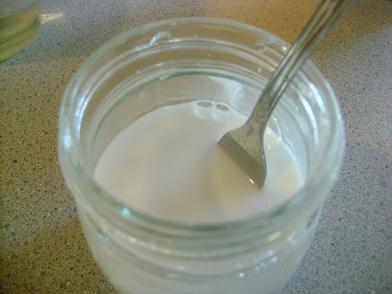 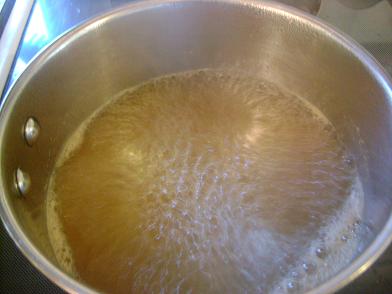 Step Five: Slowly pour arrowroot powder (or cornstarch, or flour)/water mixture into boiling broth, stirring while you pour. (I usually make gravy with a whisk. On picture taking day, I used a wooden spoon. Either one works, but a whisk usually helps in case lumps want to form. 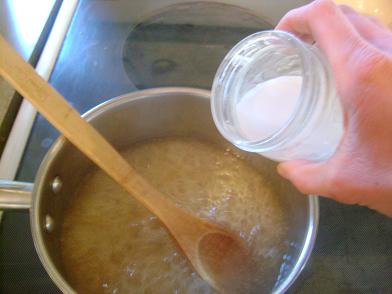 Step Six: Stir at medium to high heat until gravy thickens.
Turn down the heat and allow the gravy to simmer for a minute or two.
Salt to taste and serve your gravy. 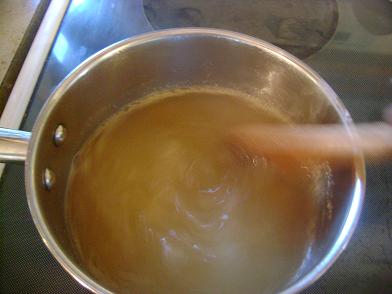