I’m not sure if you sensed all my stress with coming up with costumes for my four boys for The Three Little Pigs musical they were in last week. (The people living near me did!)  I felt absolutely confident about planning for all of the refreshment for after the musical…and absolutely NOT confident about creating costumes for a musical. Thankfully, we had an awesome director and I had some awesome friends who helped me out.

All of the characters were a different kind of animal. All the kids (except for the three little pigs and the very adorable big bad wolf) were able to chose which animal they wanted to be.

Elias decided to be a doggy. My friend Kim enlisted the help of her mom on this one. 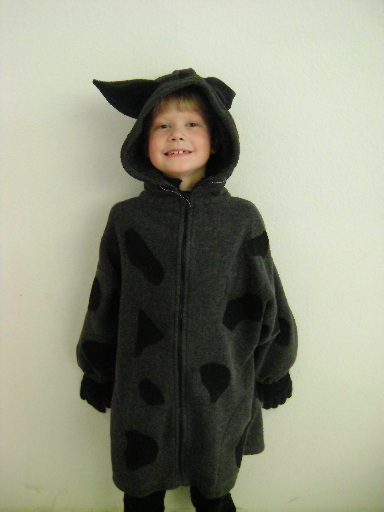 It seems that she took a fuzzy gray zip up jacket with a hood…cut the arms to fit and created some ears. Then, we just put him in black pants and black gloves. Ooh, and we used some black sticky felt for spots. Ta-da! We have a doggy. 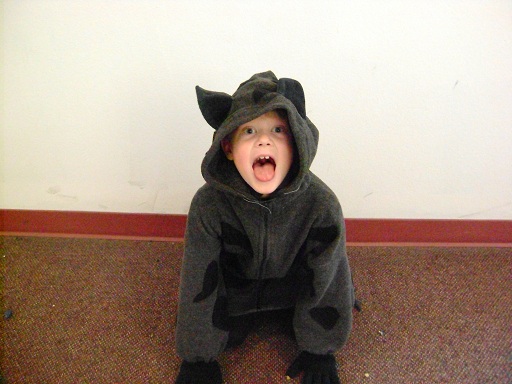 Asa chose to be a goat, which was such a fun choice for an almost 13 year old! He was the fella who sold bricks to the third little pig. 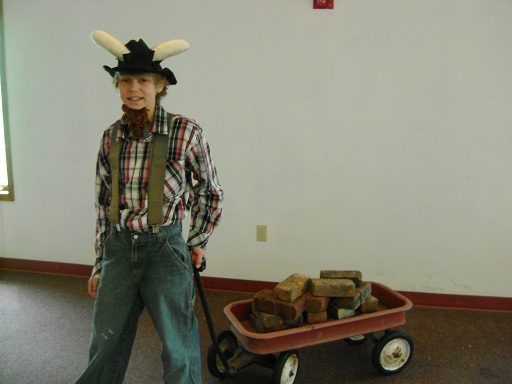 We put him in old farmer clothes and found some junky suspenders at Goodwill. The director added horns to an old hat and created a goat-ee out of yarn. He was a hoot!

Justus was the third little pig. He was to play the “smart pig” who kept a notebook and pencil in his pocket so that he could stay organized. :) 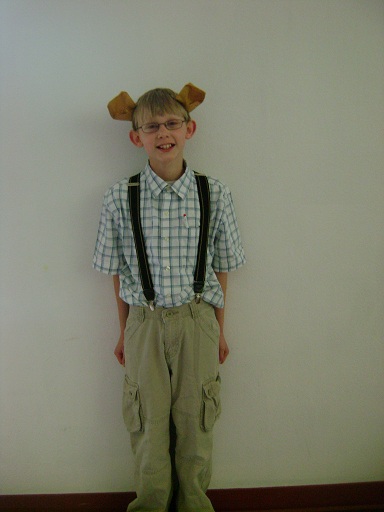 In order to look the part of the smart, sophisticated pig…Justus wore dress pants, a dress shirt and suspenders. His director made his ears out of the corners of an old pillowcase. Adorable!

Oh, and take a look at the tail the director made… 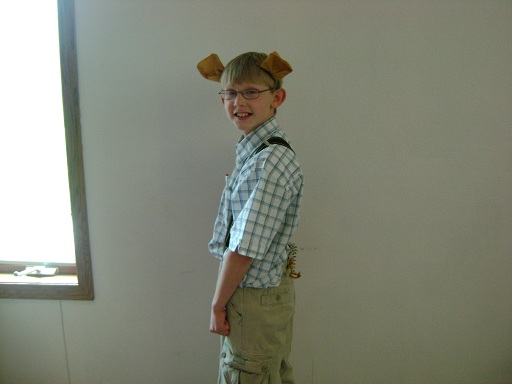 Not to be outdone…even though he decided he just didn’t want to be in the performance this year…Malachi dressed for the occasion in his usual cowboy garb. After all, you never know when it might come in handy to have a cowboy around when a big bad wolf comes to blow down your house. 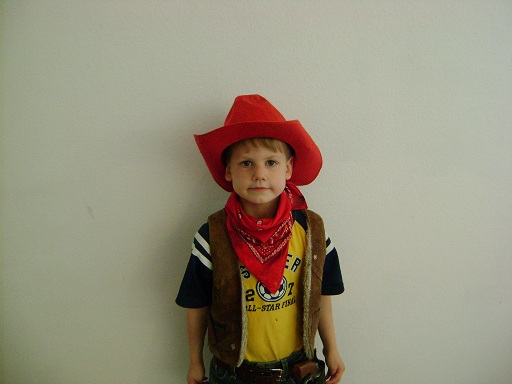 You’ve gotta love a cowboy in a soccer shirt. 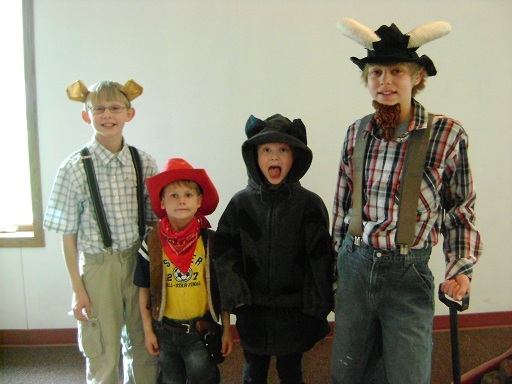 And here they are all together. Yep, they’re characters alright!

Once the costumes all came together, I had to wonder why I was so worried. Everything always comes together when people work together!

It’s a concept I would do well to remember…