If you recall, this is what our corn looked like just a few weeks ago. Matt babied it and worked so hard to keep it weed free. 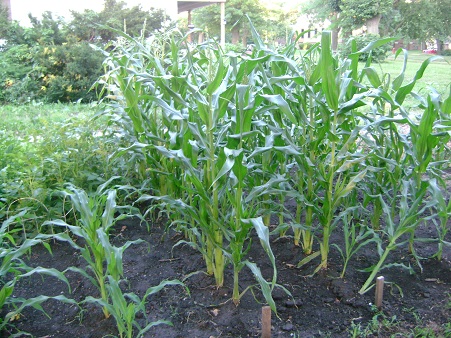 You can imagine, then, our despair when we woke up one morning this week after a big rain and wind storm to find this: 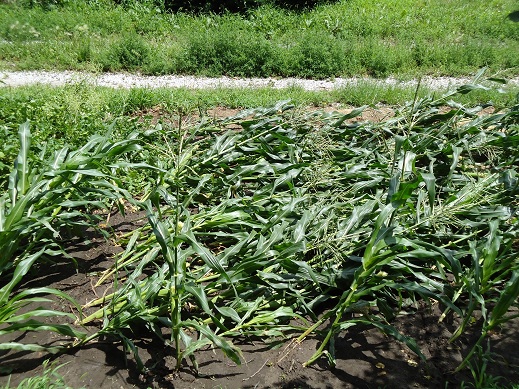 I saw it first…and I HATED to tell Matt about it. It was probably only a couple days away from being ready to eat. sniff

We learned a little bit from this experience about creating good hills around the base of the corn to prevent this. Of course, we are glad that it was just a small part of our garden and not our livelihood. But still…

We are now about two days out from this unfortunate corn flattening and since the plants are still alive, it would seem that we may still be able to eat some of the corn. Maybe?!

And while I’m whining, I may as well show you this, which ALSO happened this week: 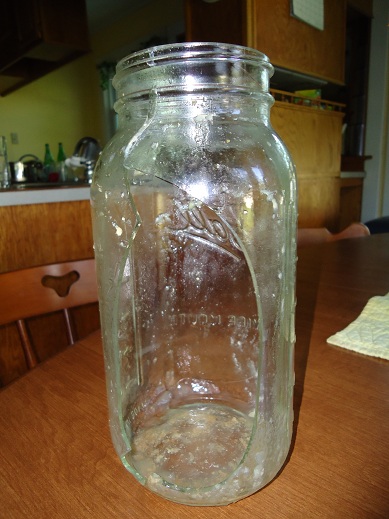 Apparently I had filled it too full of broth when I put it in the freezer because it cracked quite a lot. Which means that not only did I lose my beloved jar, but I also lost a half gallon of nutritious broth. I mean…maybe I could have strained out glass pieces from the broth…but did I really feel like taking a chance that one of us would have a tiny little piece of broken glass in our chicken and rice? Um, no.

So there you have it. And you thought you visited my blog for a daily dose of encouragement.  Instead, you come visit and Laura is whining about her fallen corn and her broken jar.

Let’s see…maybe I can come up with some encouragement for you: