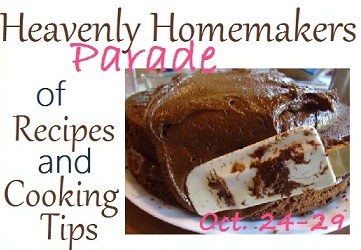 I’ve always been told that cooking a brisket is hard, which is why I avoided ever buying one…even though Matt always told me that it was his favorite cut of beef. Finally one day at the farmers market, I timidly went ahead and splurged on a small grass-fed beef brisket. I proudly brought it home and showed it to Matt (who was of course very excited to see me the brisket in my hands).

So what did I do next? I promptly put it into the freezer and avoided looking at it…for weeks.

Good grief…I was afraid of a frozen piece of meat.

I’d paid good money for that little hunk of beef…I did not want to mess it up! No one I asked knew how to cook a brisket or they simply answered that same answer I’d always heard:  “Cooking a brisket is really hard. They can come out really tough.”

I don’t know where the courage finally came from, but one day I pulled that brisket out and did a little research on how to cook it. A barbecue variety of brisket sounded better than anything, so that is what I decided on.

Um hellllllooooo!!! NEWS FLASH:  Cooking a beef brisket is REALLY EASY!!!!  And don’t ever let anyone tell you otherwise!!!

The trick is this:  Cook it low and slow. Or slow and low, whichever works better for ya.

I’ve now made many a brisket because after biting into THE most delicious and tender meat EVER I’ve decided to join Matt in the “Brisket is my Favorite Cut of Beef Club”.

Care to join our club?

Here’s a little tutorial, which is rather silly because why do you really need pictures to show you how to put meat in a dish and cook it, but whatever. And also, it really isn’t very fun to look at raw meat in a dish. Ah, but here’s a tutorial for BBQ Brisket nonetheless… (Apparently reading this is your initiation before joining our “Beef Brisket is my Favorite Cut of Beef Club”.)

I usually buy a 2-3 pound brisket. They aren’t the cheapest cuts of meat, neither are they the most expensive. I have been able to find them for about what I’d pay for a roast (grass fed, organic), so I feel like it’s a pretty good deal.

Step number one:  Put your brisket in a cooking dish (Wow Laura, thank you for showing us a picture of this. We would never have been able to follow that step if you hadn’t shown us what you meant.): 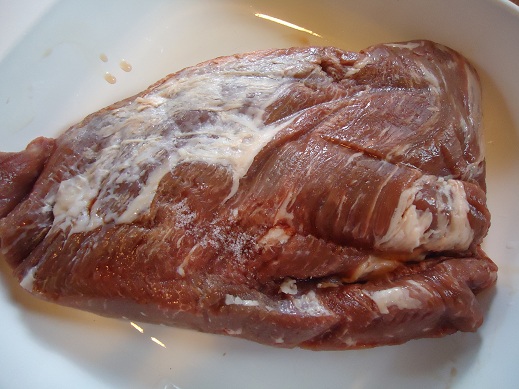 Step two:  Whip up a quick batch of High Five BBQ Sauce. Spread the sauce over the brisket. 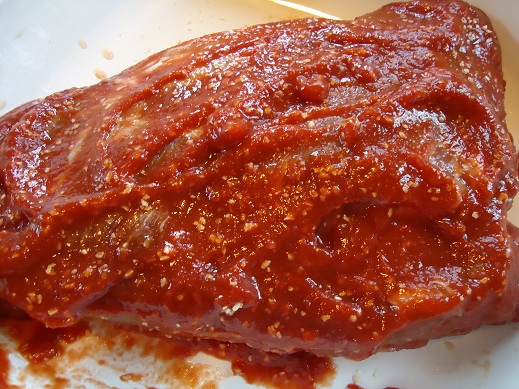 Step three:  Put a lid on the baking dish. (Again, what a fabulous tutorial.) 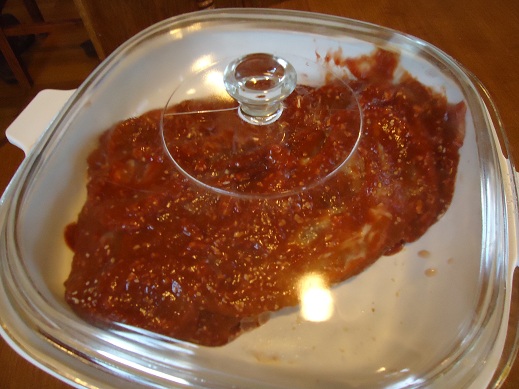 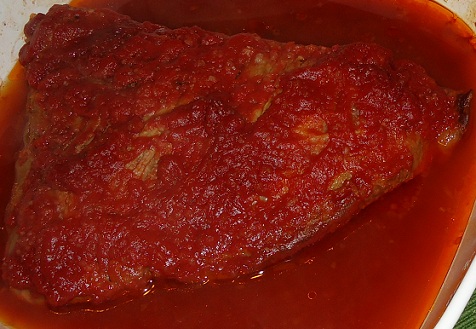 Slice the meat “against the grain” (which, of all things, I don’t have a picture of) and serve.

This meat tastes so, so, so good served with Cream Scalloped Potatoes and some green beans or a salad.

Don’t ever let anyone tell you that cooking a brisket is hard. And if anyone ever DOES tell you that it is hard, you give them a link to this tutorial because it could be that they’ve just never had anyone ever show them how to put meat into a dish before. Ah yes, I’m always here to help.