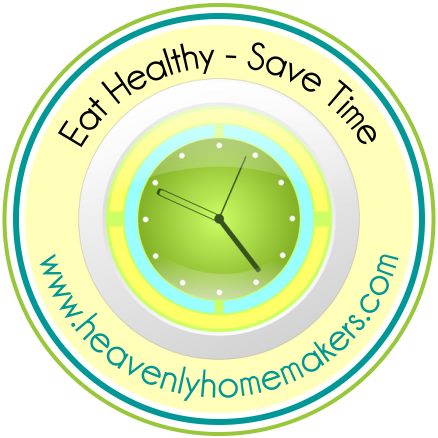 I was a part of an interesting conversation with friends recently in which some of us (including me) were saying, “If you’re going to cook one pound of ground beef, it doesn’t take any additional effort to cook ten pounds.” You know me – I’m always trying to convince people that cooking healthy food doesn’t have to be crazy time consuming. Especially when you practice the Cook Once, Eat Twice or More method.

But one of our friends, who knows a lot about cooking for large groups, said, “Actually – yes it does. It takes very little effort to cook one pound of hamburger. But you get ten pounds or more in a pot, and that’s a lot more muscle power and effort!”

Ha! She makes a great point. 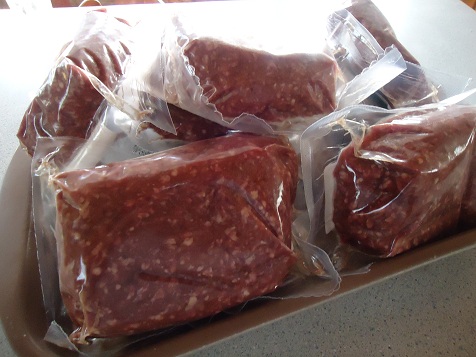 I put ten pounds of meat into two separate pots because I wanted some with onions and some without. I began cooking the meat at 9:52. 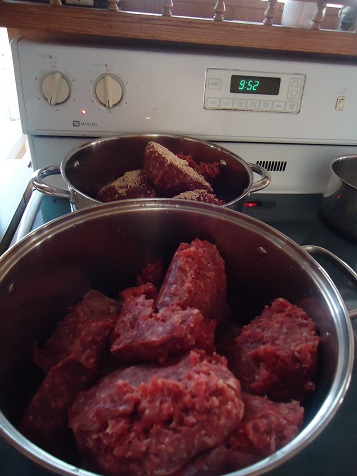 I find that cooking hamburger meat is quite easy. Every once in a while, I’d go stir it and break up the larger chunks. Otherwise, the meat is smart enough to cook all by itself. Therefore, while the meat was cooking, I mixed up Whole Wheat Tortillas and grated some cheese. If I was going to have eleven pounds of meat, well then, I was going to make some Meat and Cheese Burritos for the freezer. 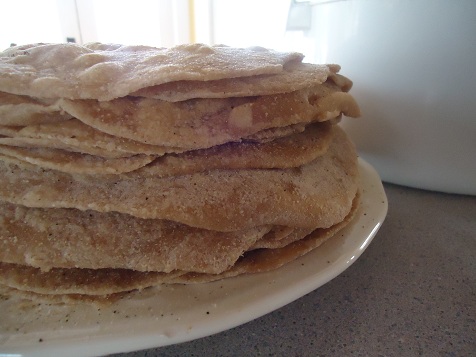 This was a quadruple batch of tortillas.
No, I didn’t make them all while the meat was cooking, but I did get a good start.

How long did it take for these ten pounds of meat to cook from start to finish? Drum roll please…23 minutes. I even surprised myself with that one. I thought it would take a little longer than that. By the way, I always took the lids off for the pictures, but I did cook the meat with the lids on. That always helps meat to cook more quickly, and keeps the flavorful juices from evaporating away! 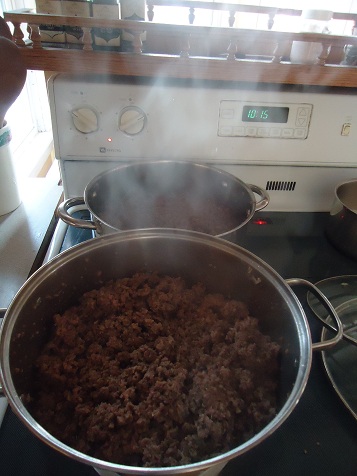 Next, I put one pound of meat into a pan and began to cook it. Again, in the meantime, I continued to work on that quadruple batch of tortillas I was making. 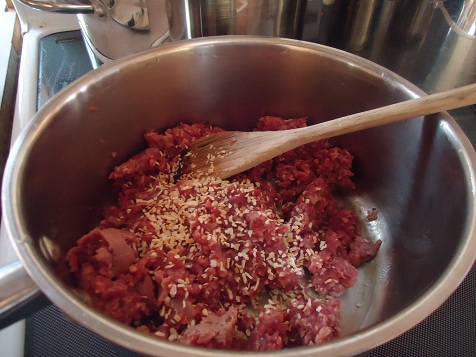 From start to finish, it took 14 minutes to cook one pound of hamburger meat.

What did I learn during this experiment?

How do you usually cook your hamburger meat? In larger batches or just as needed?