Ah yes. We’ve got a 5-year old in the house again. Slowly but surely, we’re adding more fruits and vegetables into his diet. Interestingly enough, his teenage brothers who were raised in this house from the beginning have become more of a struggle than the little one. I don’t want to talk about it. 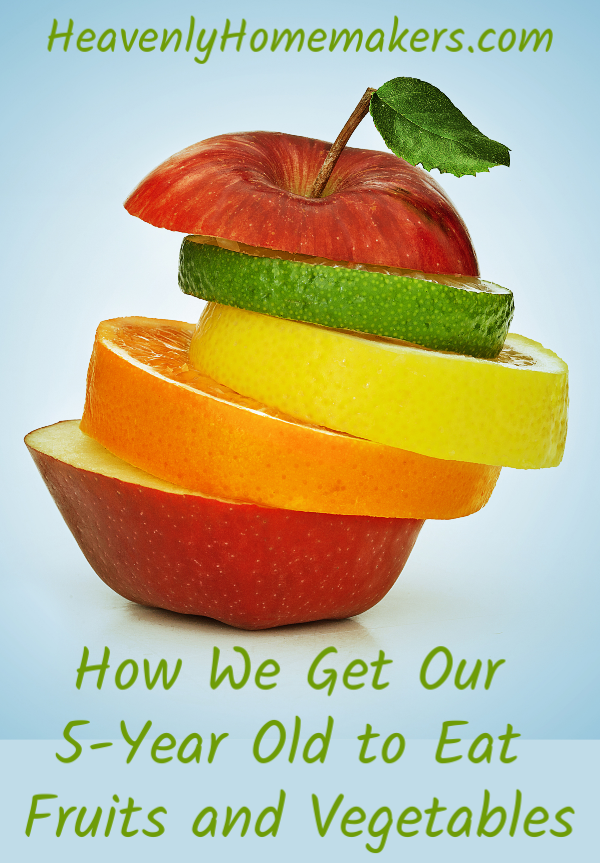 It won’t be long now before our Bonus Boy will officially be a Coppinger and I can show you pictures! But for now, just imagine lots of cuteness behind some gorgeous brown eyes and a giggle that turns all of us into mush.

When he first moved in with us, I knew he loved hot dogs, and that was all I knew. Man (or boy) can not live on hot dogs alone, so we began doing some trial and error to see what he might like. 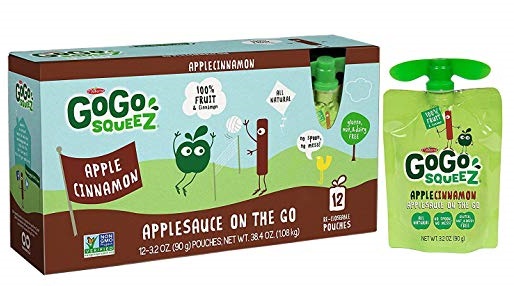 Where were these gems when my other boys were little?

Yes, they are more expensive than canned applesauce or homemade. Yes, I still make homemade applesauce when I have the chance. But seeing as life has taken a major turn toward the more busy side of things (we have an infant boy living with us now too!), splurging on Applesauce Pouches has been very much worth it! Bonus Boy loves them, the teenagers love them (so there), and as an added delight, they can be eaten without making a mess.

We get them from Aldi, Walmart, or Amazon; and when they’re on sale, I grab varieties that have veggies added too. Everyone knows that Smoothies filled with fruits and greens are a great way to easily get kids to eat (or drink) nourishment. Indeed.

However, if we said, “Would you like a Smoothie??” our Bonus Boy turned up his nose. Inspired, I said, “How about a Milkshake?” Aha! He thought that sounded delicious.

Call it whatever works – we now make “Milkshakes” all the time. Bonus Boy makes them with me, and we’re not even hiding the fact that they are filled with goodness. HE PUTS THE FRESH SPINACH INTO THE BLENDER HIMSELF. Then he adds the strawberries and frozen banana chunks. I pour in milk and a little maple syrup. He pushes the button on the Blendtec.

Then he guzzles down two full cups with a lid and a straw. Milkshakes for the win. Smoothies though? He doesn’t like them. ;)

I don’t even remember how this came about. I think I had made Taco Salad for the rest of us that day and decided to see if he’d eat any or all of it. I knew he loved tacos, so I told him this was “sort of like a taco.” I tore mixed greens into his special bowl, tossed in plenty of cheese (his favorite food of all time), and stirred in homemade French Dressing (ketchup for the win). He ate it all with a spoon and asked for more.

None of my other little guys ever ate salad at this age, and here this kid is eating his and asking for seconds and thirds. Sweet! 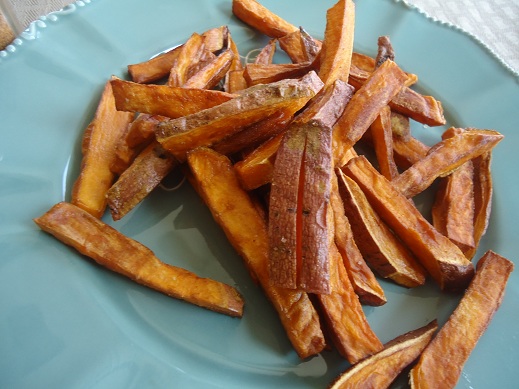 Our whole family has learned that Sweet Potato Fries are the best way to eat sweet potatoes. Bonus Boy discovered without any argument that Orange French Fries are pretty tasty dipped in ketchup! Nice!

Fifth veggie success: Yet to come

None of us likes everything, and we can’t expect little kids to love all the green food we know is good for us. Green beans are a no-go for Bonus Boy. Peas, not so much. Carrots, neither raw nor cooked nor when one is pretending to be a bunny. Broccoli “trees” are only fun to talk about, but are not fun for eating. So we’ll stick to what is working, and we’ll try new veggies as the months go by.

Fruit is mostly a winner

Not all fruit, but he does like clementines, apples, kiwi, bananas, frozen blueberries, and a few others – especially if the big boys are sitting at the table eating them too.

It’s important to remember that adding fruits and veggies to a kid’s diet is a process. I remember liking more and more as I got older; I bet you do too.

If your child struggles with eating many fruits or vegetables, don’t fret or give up. Keep experimenting to see what works. Find a new way to cut or serve it. Call it a milkshake instead of a smoothie. Enjoy the ride and know that any fruit or veggie nourishment is better than none at all. You’ll get there!

What are your kids’ favorite ways to eat fruits and vegetables?