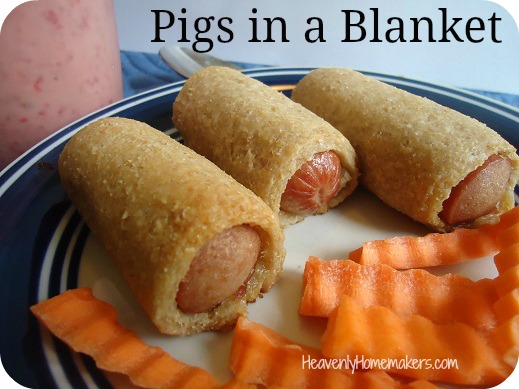 Have I ever told you about the trophy I won back when I was in high school? I’m not very athletic, so I hope you aren’t imagining some sport trophy. If so, you’re going to be rather disappointed, although amused, I’m sure.

My trophy proudly displayed a golden pig. Don’t laugh. It had a wooden base and stood about 15 inches tall and there at the top was a golden hog that was probably around 3 inches long. Oh how I wish I still had it so that I could take a picture to show you. Wait – what did I just say? Do I really wish I still had my pig trophy? Why? So that I could use it to decorate my living room? (Precious Moments figurines, family pictures, pig trophy…)  Yes, I think I’m glad my golden swine got misplaced.

In case winning pig trophies aren’t common where you’re from, let me explain my prize. I was a farm girl and we were involved in 4-H. Each year, we raised pigs to take to the fair. One year, my pig won Reserve Grand Champion. It was a proud moment – and also a little embarrassing because well, what teenage girl do you know that can truly appreciate being awarded with a trophy of a pig? The only one at the fair more excited/embarrassed than me was my brother. His pig took the Grand Champion prize, so his pig trophy was even bigger than mine. Yep, those were some pigs.

Kind of makes you want to read Charlotte’s Web again, doesn’t it?

I say all of that to say: “I had a pig trophy and you didn’t, neener-neener-neeeeeener.”

But really, I just wanted to share a new idea I’ve come up with for making a healthy variety of Pigs in a Blanket. I don’t want to get all “farm animal technical” here on you, but even though these are called “Pigs in a Blanket”, there’s actually no pork in these. I prefer my hot dogs to be all beef, no nitrate, no nitrite, no nootrote (I made that one up) and otherwise as healthy as a processed meat can possibly be. But to call these “Cows in a Blanket” – well, that just does nothing for me. It doesn’t sound nearly as cute. And really, these treats do look like little pigs wrapped up taking a nap. As we all know, pigs are always willing to be swaddled. I know my 4-H pigs always went directly where I told them to go. (bah)

Healthier “Pigs in a Blanket”Yum

That dough recipe may sound a bit familiar. It’s my go-to recipe for Homemade Pizza Pockets, Homemade Poptarts and a variety of other goodies that require a flaky, buttery crust.

Mix flour, salt, butter and yogurt together. Knead ingredients together on a floured countertop until the dough is ready to be rolled out. Use a floured rolling pen to roll the dough to a 1/8 inch thickness. Use a knife to cut the dough into 32 rectangles. 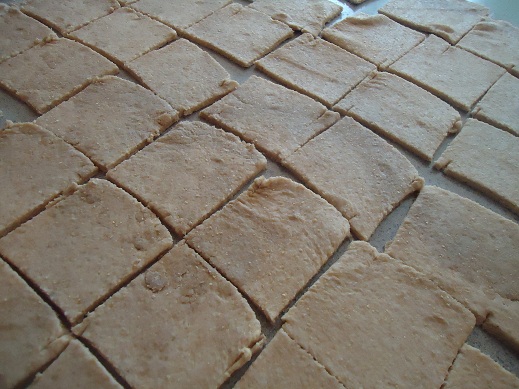 Place one piece of cheese (if desired) and one hotdog half on each rectangle. 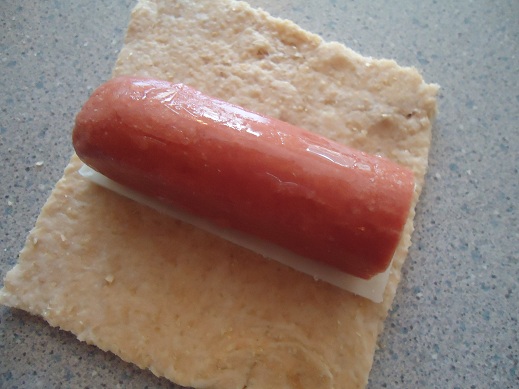 Roll it up and place it on a well buttered baking dish. Bake at 350° for 30 minutes or until the crust is lightly browned. 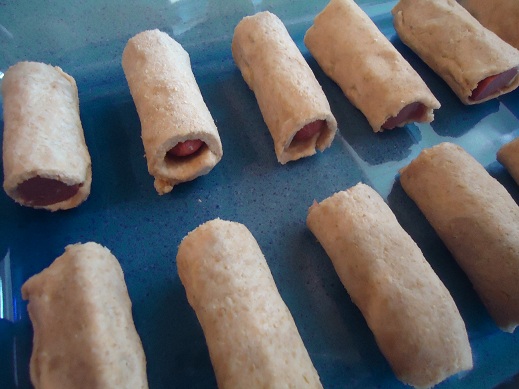 My kids especially like the Pigs in a Blanket made with cheese. These warm up great as leftovers and can be frozen. (I’d bake them first before freezing, then pull them out and rewarm them in the oven for a few minutes.) 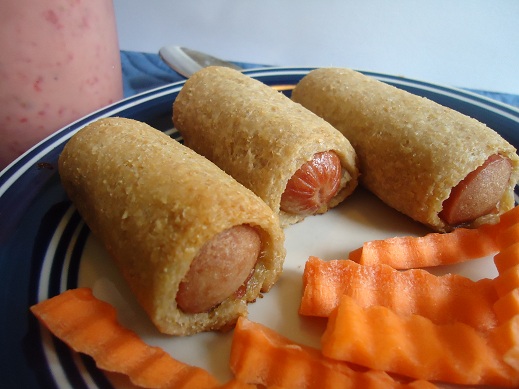 I’m posting this recipe as a part of our Funky Fresh Kitchen series to remind us all that you can make all kinds of great dishes that are kid friendly and fun AND healthy!

Tell me all about your trophies, pigs, brothers, athleticism (or lack thereof), carrot sticks, or anything else remotely relating to this post. Your comment is your entry for a chance to win one of five $10 gift certificates to the Heavenly Homemakers Shop.