Yesterday I mentioned making monkey bread with all four of my monkeys in the kitchen. While there were times of craziness when we were putting this together – really, really we did have fun! (All of us…even me.) 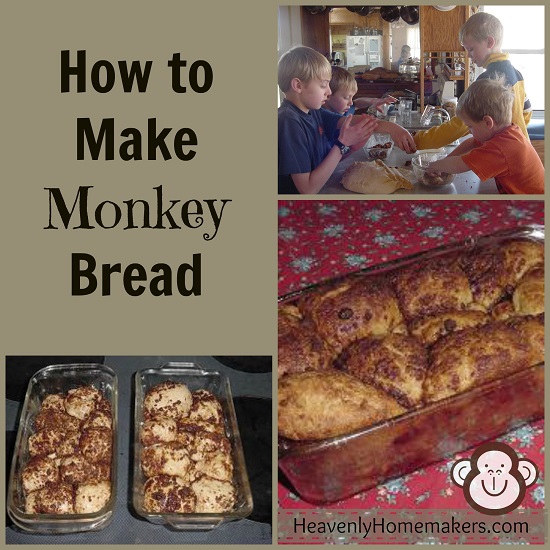 I wanted to share this recipe with you, as it is a healthy (uses only whole wheat flour and  unprocessed sugars), yummy treat that is fun to make with your kids. It does take a bit of time to make, but you do it in stages, and the time spent is worth it!

I simply used my Honey Whole Wheat Bread recipe, but instead of forming loaves as normal, we made it into this wonderful, sweet cinnamon pull apart bread for our breakfast.

Kids in the Kitchen, pt. 5: Monkey Bread and Monkey Business

Save Print
Author: Laura
Ingredients
Instructions
3.4.3177
Here are a few picture highlights of our Monkey Business: 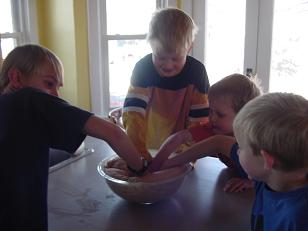 Once the dough had risen and needed to be punched down…EVERYONE wanted to be a part of that. I mean – it’s permission to punch something. What little boy doesn’t want THAT?! 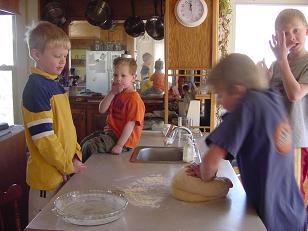 Asa got to knead the dough, and I’m not sure what Justus and Malachi are licking off their fingers there…flour? Okay you two – wash your hands…again. 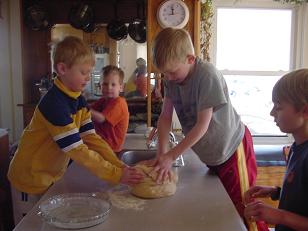 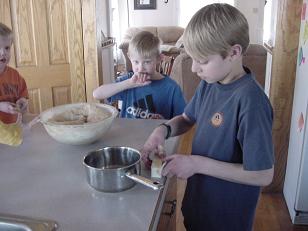 Not to be outdone by the biggest brother, Justus and Elias needed to knead too.
Asa got the butter melting on the stove. 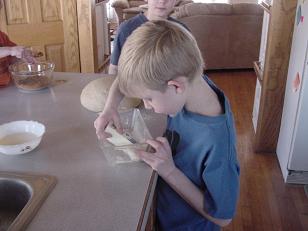 Justus smeared butter all over the bread pans. 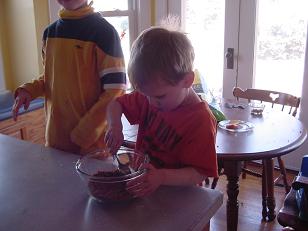 Malachi stirred up the rapadura and cinnamon mixture. 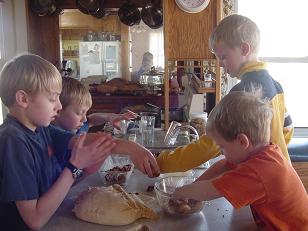 And then EVERYONE got to pull off balls of dough and do the fun rolling and dipping and making ooey-gooey bread part. 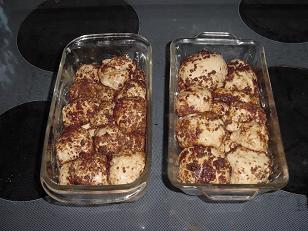 Ah, the beautiful loaves, rising and almost ready to go into the oven. 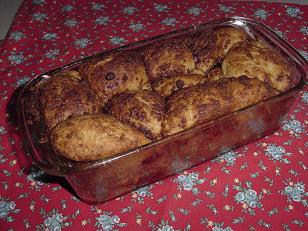 The next morning, I rewarmed it a little and we had it with milk for breakfast. When the boys woke up smelling it, they jumped out of bed and ran downstairs.

All the way down the stairs, I was hearing monkey noises, “Ooo Ooo…Aah…Aah..” in high pitched tones and looked over to see four monkeys making their way into the kitchen. And that is how my monkey bread morning began.

(At least they didn’t start picking bugs off of each other and eating them. My monkey’s are slightly tamer than that.)