Mama got a new food processor!

I seem to be a breaker of kitchen appliances. (Is breaker a word? Perhaps I’m a breakist?)

I think it’s a combination of two things:  1) I often buy cheap appliances. 2) I use my kitchen appliances constantly.

So, we saved. And while we were saving, I continued to use my broken food processor that still sort of worked, but if left unattended would fly off the counter and spray peanuts into the living room. The last day I used my old food processor, everyone was at the table waiting for their Mock Frozen Yogurt when all of a sudden, because I wasn’t holding the gadget with all my weight and standing on my right pinky toe just right, we had a sudden flinging of frozen berries and yogurt. The boys watched in astonishment as their Mama shrieked, the result of three frozen blueberries striking her on the forehead. The walls were covered in spattered yogurt and half the ingredients were dripping off the nearby pile of mail.

It was at that point that Matt, while gently dabbing at the blueberry stain that was running down my face, said, “Let’s get you that new food processor, what do you say?”

And so we looked around a little bit and decided on the Kitchen Aid 9-Cup Food Processor. I cringed when I first saw the price, because I’m used to buying cheap appliances. But now that I’ve got it all set up in my kitchen, I’ve decided that it was worth every penny. It’s so heavy duty that there is no comparison to the dinky things I formerly used. 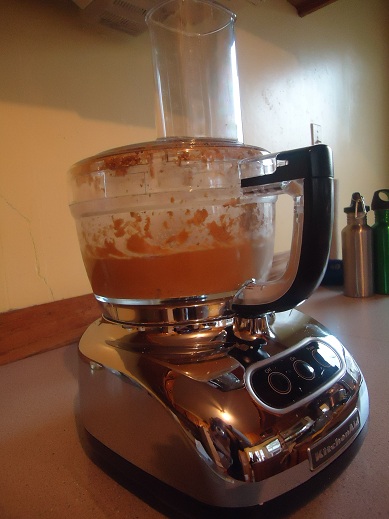 I spent several hours playing with her the first day she arrived. (I’m calling her a her because she’s so lovely and because there are plenty of males in our household so I can call her a her if I want to.)  As you can see, I began by making Peanut Butter. Two batches actually. The boys ate the Homemade Peanut Butter on their Whole Wheat Waffles, then I used some of it to make Peanut Butter Honey Fudge. This processor made my Homemade Peanut Butter making experience SO much easier!!!! What do you know…a food processor that actually works efficiently!

Next, I got out my cashews and dates and made some Homemade Larabars. Wow, those are fun to make and deliciously healthy for snacks! 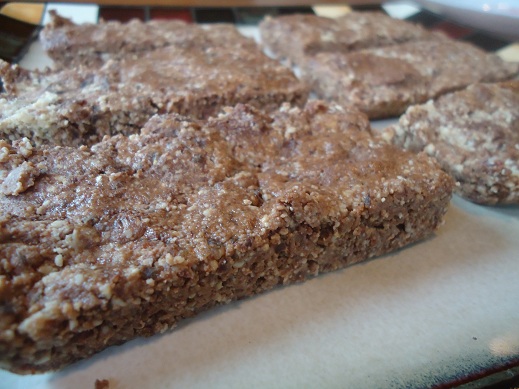 I couldn’t resist setting the snacks up side by side and taking a picture. Oh lovely food made by my lovely new food processor. (Sorry to be gushing. I am obviously having a lot of fun playing with my new toy, can you tell?) 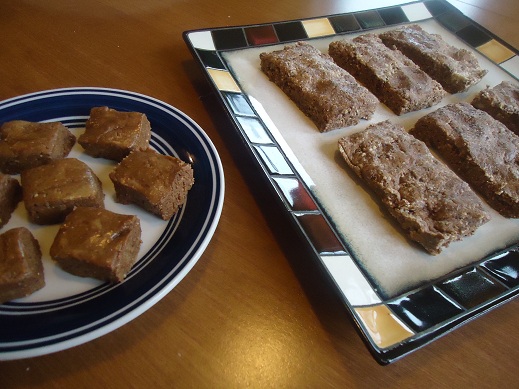 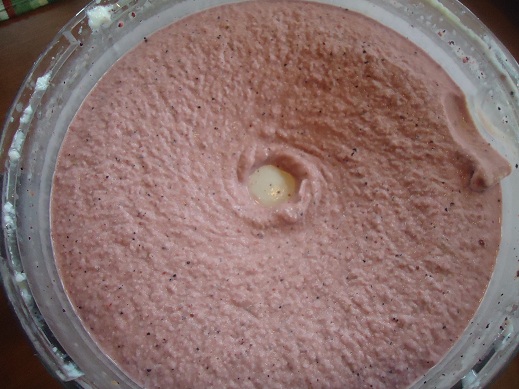 I’m happy to report that with my new Kitchen Aid 9-Cup Food Processor there was no blueberry violence or yogurt flinging. Nor did any peanuts shoot into the living room. All was calm in the kitchen as my new investment went to work for me.

Now there’s a story with a happy ending. :)

So, do you have a food processor? What kind do you have? Do you tend to buy cheap appliances, or do you invest in more efficient ones? Ever been a victim of frozen berry violence?