I thought you’d appreciate knowing that when it comes to hospitality – we totally nailed it this week. (Nailed rhymes with failed. There might be a connection there.) Details? Oh yes. You do want to know these details. Maybe.

First, as you recall, we hosted 15 teenage boys last weekend. Crazy as that sounds, having them here was the least eventful of everything else I am about to share with you. Oh yes. The boys all trooped into our house on Friday and Saturday nights after fun times at the church building with youth from four different states. They kicked off their shoes; they crowded into our kitchen where Matt and I stood throwing out cheap junk food for an hour and a half each night; they went outside and played football in the snow at midnight.

By Sunday afternoon when everyone left for their homes – my floors were covered in mud and dirty towels. The sink was overflowing with dishes. I was going on about seven hours of accumulated sleep over the course of three days. 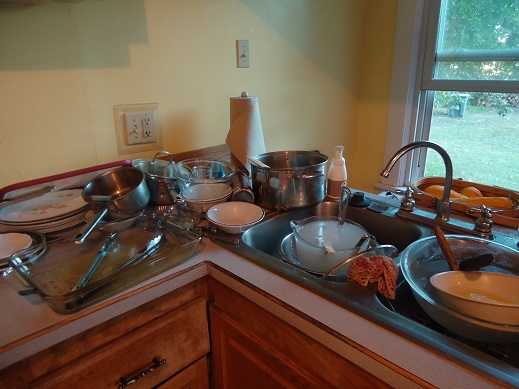 This is when our new guests moved in. Sunday afternoon. When I was a zombie and there were no clean sheets or towels.

This time, instead of bunches of teenage boys, we were hosting a young family with two little ones. We’d planned it. I’d warned them about what they’d be walking into. They were extremely gracious. I got them settled (sort of) then excused myself to pass out in bed for a couple hours.

Fast-forward a couple of days. Young Family was still here. Young Husband began feeling a major allergic reaction. Upon checking more thoroughly in our guest room – we realized that mold was becoming a problem on a wall where we had recently had a leak. Oh my stars. We were slowly killing our guests.

Bleach was our friend (even though we hate bleach – we hate mold more). The wall became livable for the time being until we can find a moment to knock it out and replace it. Enter: more guests.

Young Family’s brother moved in along with his girlfriend. YF’s Brother camped out with our boys upstairs in their room. Girlfriend got guest room downstairs. We liked Girlfriend immediately (a good thing too, because YF’s Brother is like a son to us).

Girlfriend is low maintenance and sweet. This is probably why she did not mention the complete lack of hot water for her shower the first morning she was here.

Matt discovered it later that day when he was washing his hands in the downstairs bathroom and the water in the sink never got warm. He went to the basement to investigate. Sure enough. The hot water heater had a leak in the tank. There was nothing that could be done. It had lived its life. Time to buy a new one.

So let’s see. Mold. Cold showers. What else did we offer our guests this week?

On not much. Just a HUGE police investigation next door that revealed a Meth-Lab in the works. Wha??! I am so serious. That place was hopping for hours on Tuesday – with guys in Hazmat suits, firemen standing by in case of explosions, you know – just another day in our quiet neighborhood in small town Nebraska while we sit around sipping hot cocoa with company. 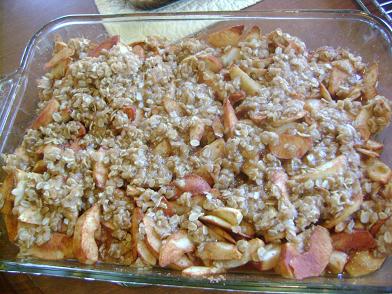 When all was said and done, I’d say we’ve all still had a wonderful time visiting. Somehow I’ve caught up on sleep and laundry (which of course, doesn’t mean anything because there is no such thing as “caught up on laundry”). If nothing else, I’ve done my best to provide our guests with great food. I mean, if all else fails, feed people Apple Crisp and Blueberry Pancakes, right?

Anything exciting happen in your house or on your block this week? I’m voting for a few laid back days at our house next week. Please??