So you say you don’t like cucumbers? Ah well. I know exactly how to help this situation. 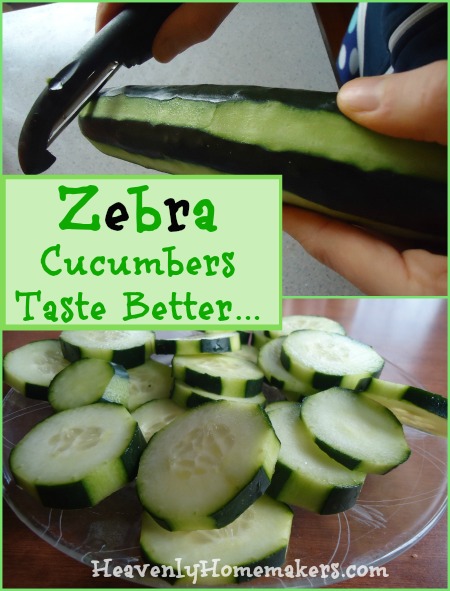 See? You peel stripes out of the cucumber and then you slice them and then they become adorable stripy zebra cucumbers which will then make cucumbers perfectly irresistible. Mmm-mmm yummy cucumbers.

But what if you just really, really don’t like cucumbers?

I like cucumbers. Yay, me. But try as I might (and trust me, I really did try – more than thrice), I cannot make myself like jicima. We got two lovely jicima in our Bountiful Basket last week, so even though I don’t like them, I tried making jicima sticks for easier dipping. Also, doesn’t it just sound fun to say, “Yum! We’re going to snack on some jicima sticks!” (In case you’re not sure, the “j” in jicima is pronounced with an “h” sound. It’s not a jicima, it’s a hicima, like hiccup, even though it’s spelled jicima. It’s just that you need to say it right when you exclaim, “Yum! We’re going to snack on some jicima sticks!”) 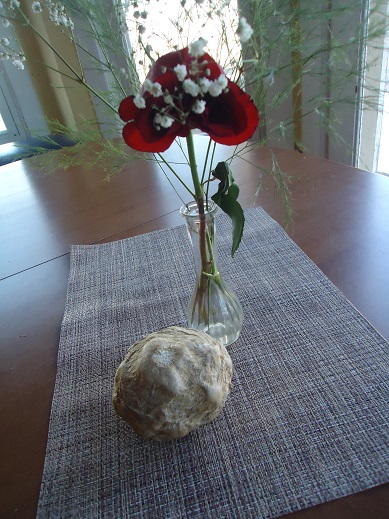 This is a jicima.
I took a picture of it beside the rose we got at
Asa’s basketball Senior Recognition night because who doesn’t like
jicima and rose together in the same picture, and also because
the rose is in its final hours and I never got a picture.

I talk all this semi-nonsense about zebra cucumbers and jicima sticks to tell you this:

I give you permission to not like every fruit and vegetable in the grocery store, farmer’s market,and garden.

So I don’t like jicima. So what? I love and eat close to 50 other fruits and veggies (aka freggies), so I’m probably okay without the important vitamins and minerals obtained from eating jicima. This is a very good thing since I didn’t even know jicima existed until about three months ago.

But what about you? Is your fruit and veggie palate growing?

You need to know that it has taken me years to develop a taste for a wide variety of fruits and vegetables. (What can I say? I liked Pepsi and chocolate chip cookies better.)  But as I learned the importance of nourishment, I was open to trying. I tried hard. I forced myself at first to eat vegetables I only thought were “so-so.”

I went from liking and eating only – I kid you not – four vegetables (green beans, carrots, peas, and iceburg lettuce) and one fruit (apples) as a young adult to LOVING dozens of different fruit and veggie varieties. It took time. It took being intentional. I know my palate will still grow. (Who knows? Maybe one day I’ll even like jicima.)

Sooooo, I encourage you to try your least favorite fruits or veggies from time to time as truly, our taste buds do change. But I also know I don’t need to feel bad about not liking every fruit or vegetable out there. Just be sure you continue to make freggies a priority.

Now tell me: What fruit or veggie have you tried multiple times but just can not make yourself like it?