Tis the season to bake, bake, bake! (And also eat vegetables. Never forget to enjoy the broccoli. Man shall not live on baked goods alone.) Since it’s baking season, it’s time for me to re-share my recipe for Whole Wheat Cinnamon Rolls! 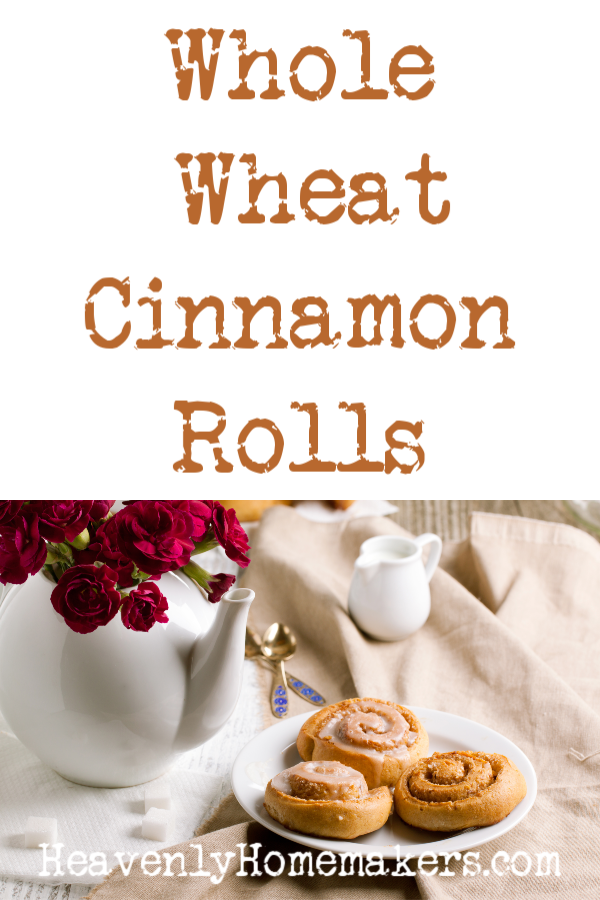 Are cinnamon rolls difficult to make? Well, they do require more steps than say…all of the Simple Recipes I share. I prefer quick and easy – just like most of us do!

(Making homemade Cinnamon Rolls is worth the effort.)

And also, I find that making homemade cinnamon rolls isn’t terribly difficult. I don’t make them often, but when I do, we are all so happy that I did! It’s also worth noting that these can be prepared, then frozen to thaw and bake later. Now THAT makes baking cinnamon rolls easy!

Melt butter. Remove from heat and stir in vanilla, milk and powdered sugar. Whisk together until smooth. 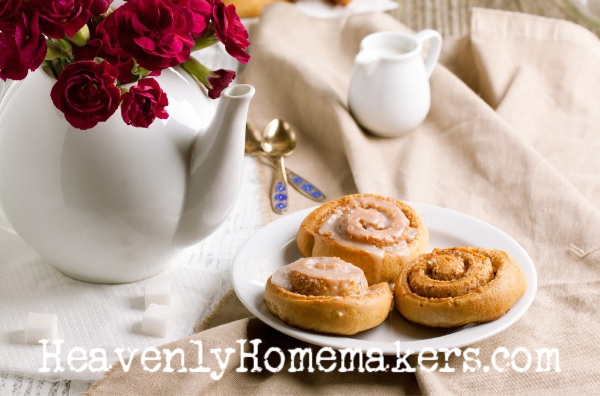 I use freshly ground hard white wheat to make these Cinnamon Rolls. That makes these seem not as whole-wheaty as when using flour made from red wheat. Here are more posts that share about different varieties of wheat.