After reading my Do We Need to Be Eating So Much Bread post, a friend of mine sent me a link to this article called The Real Reason Wheat is Toxic. I found it to be a great read, especially because this is a question I’ve asked many times the past few years as more and more people are having to cut wheat out of their diets. Why?  Why is wheat, which has been consumed forever, suddenly giving so many people digestive trouble?

Read this and come back here to share your thoughts. 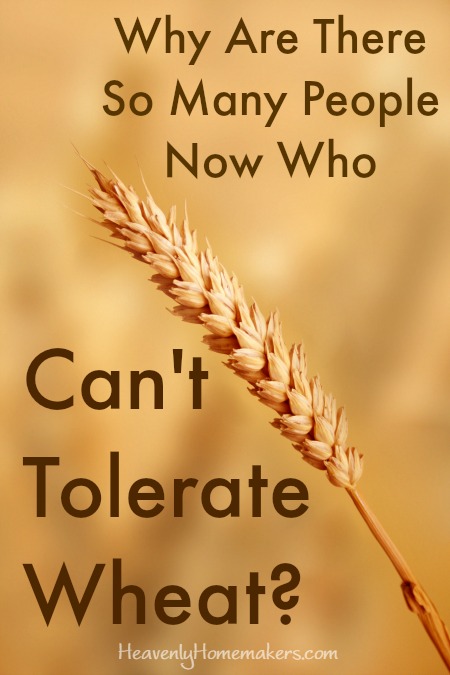 If you can eat wheat and reading that article made you want to avoid conventionally grown grain forever and always, here are links to my favorite sources for chemical-free grain:

Grinding chemical-free wheat is easier than you think and incredibly tasty! Ever since we got a Nutrimill and began grinding our own wheat (and corn) – our whole grain breads and other baked goods are more delicious than ever. Here are all my posts on wheat and grain mills for your reading pleasure. :)

I also wanted to be sure you saw that it’s a free shipping weekend at Tropical Traditions! Use the code 15223 at check-out. You might check out their Einkorn Grain as it is fantastic quality. Also worth noting is their Natural Soaps and their Coconut Creams are buy-one-get-one-free, which is great since you can also get free shipping. (These links are my referral links.)