Once upon a time, my friend Anne and I went to an orchard nearby and picked over 100 pounds of apples. At the time we had 6 children – ages 12 and under – between the two of us. Therefore, I think it is obvious that neither of us had enough to do with our time and we were frequently bored. That’s why we picked so many apples. That, and the fact that the apples were (mostly) organic, very delicious, and wonderfully priced. Most importantly of all though, it is so much fun to take your kids to an orchard to pick fruit. Days like this are some of my favorite memories of time spent with my boys when they were little.

On that very 100-pound apple day, we borrowed the orchard owner’s apple cider press. He kindly came to our house to set it up, promising to come pick it up again when we were finished using it. Our plan was to get all of our kids involved with pressing cider the old fashioned way. Wouldn’t that be fun?! It was a good plan. A beautiful idea, really.

And so we began. 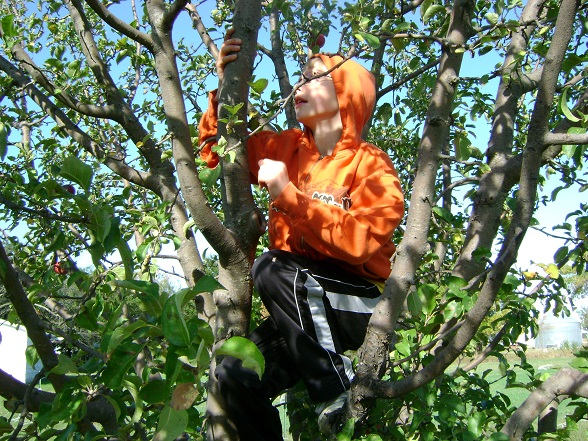 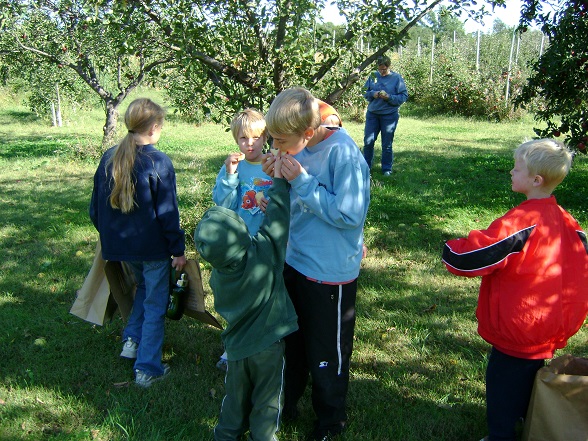 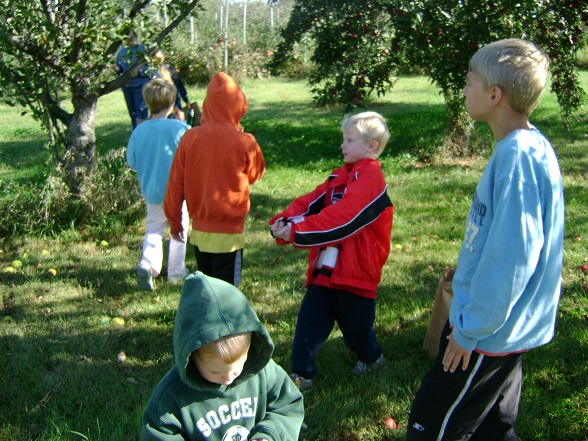 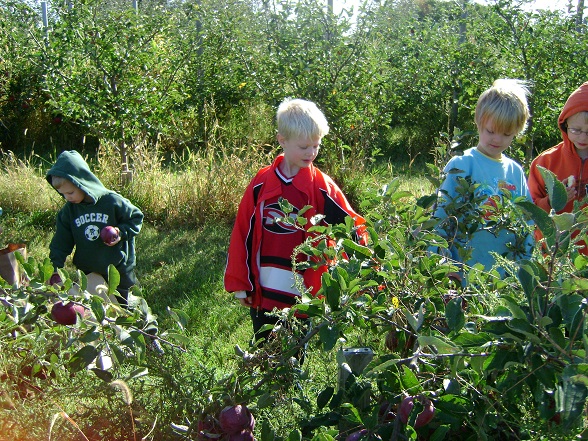 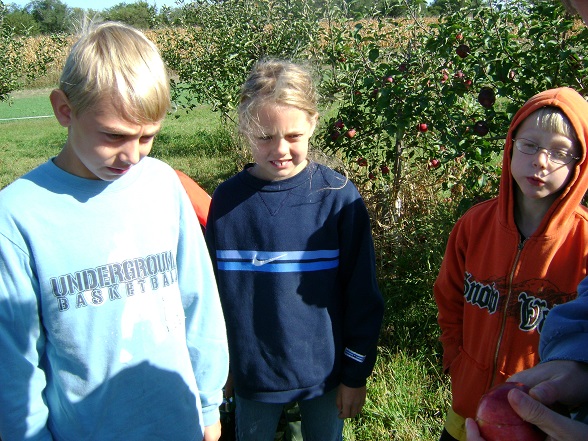 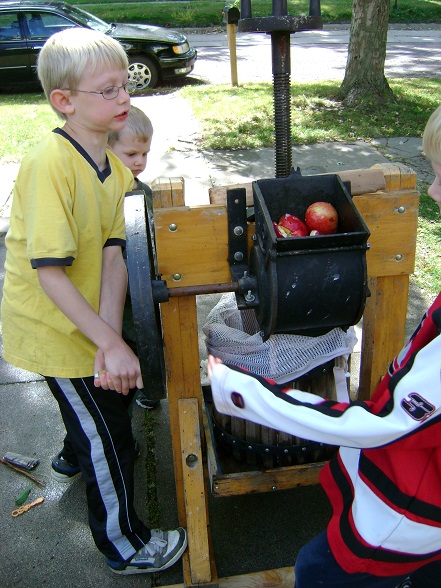 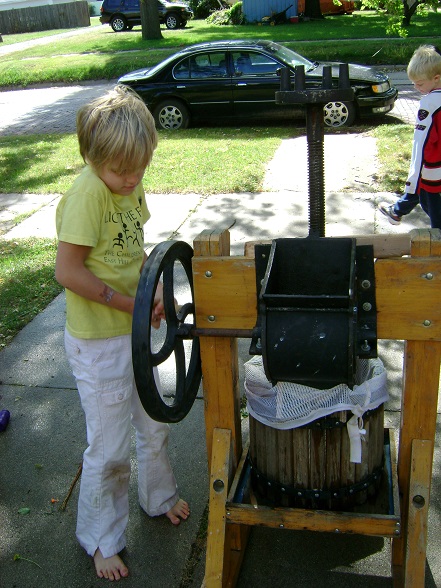 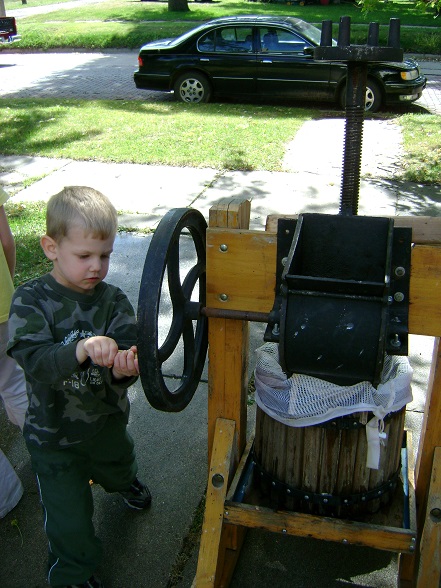 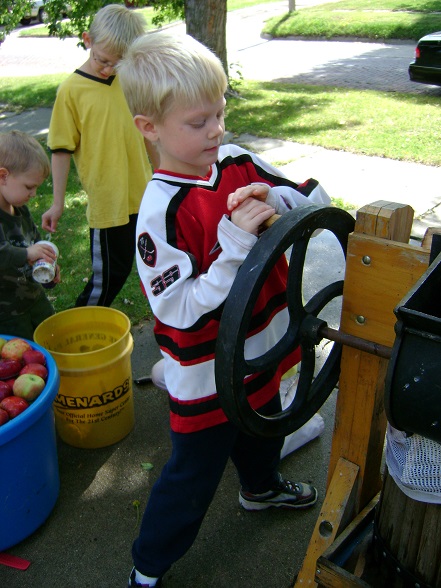 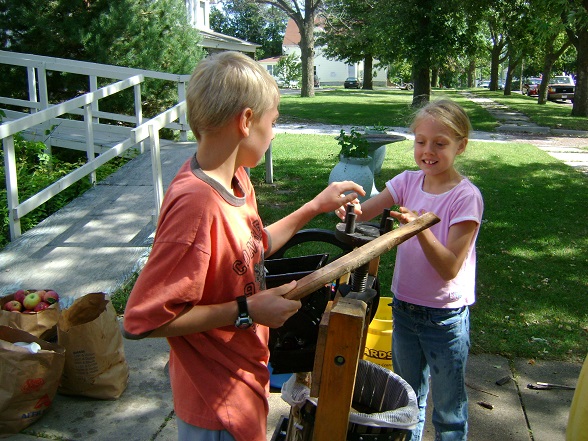 Those pictures make me so happy, I cannot stop giggling. Such precious memories!!! I am going to sit here looking at those for the next few hours. After all, five out of six of those kids are teenagers now, so we are more bored than ever.

Well anyway, it didn’t take long for Anne and I to realize that having our small children press 100 pounds of apples into cider all afternoon was probably a bit unrealistic (you think?). Each child took a turn, then they all headed off to play. Anne and I spend the next few hours pressing cider like super-heros. We got stiff. We got sore. We had a blast. We were a sticky mess. But we had gallons of apple cider by the end of the day. 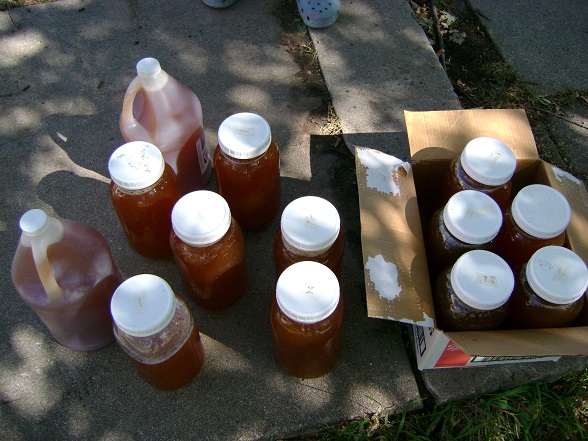 It was fresh. It was raw. It was the best apple cider ever to be made or consumed on this planet.

If I may, I encourage you to find opportunities to pick fruit with your children. There is something so sweet about this experience. Make cider in an apple press if you ever have a chance. It is so much fun. You will look back at this and the pictures you took whilst pressing apples and you will be so in love with the memories.

In the meantime, I have another homemade apple cider recipe option for you. Just this year, I learned to make apple cider in the crock pot. It is much less work than a cider press, though obviously not nearly as endearing. Still, this recipe turned out delicious. I added no sugar! It’s just apples, water, and cinnamon sticks. Deliciousness! 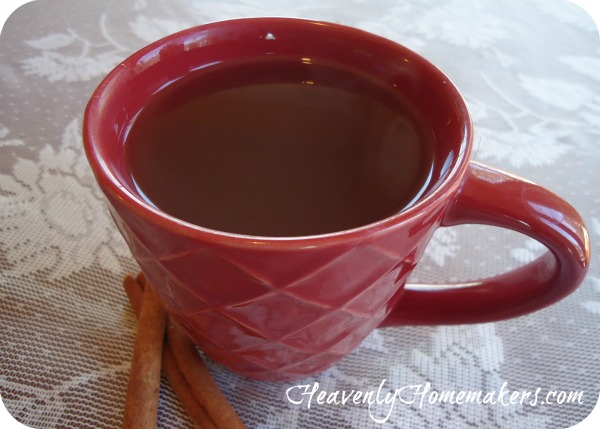 5.0 from 2 reviews
Homemade Apple Cider in the Crock Pot 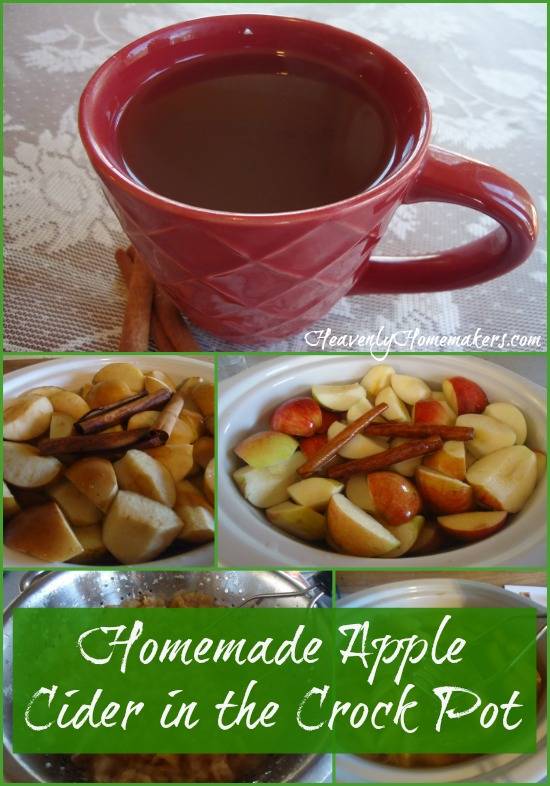 This recipe isn’t super specific on measurements. I simply fill my crock pot with cored apples, throw in cinnamon sticks, pour in water to fill about 1/2-2/3 full, then let it cook. Your house will smell like the holidays all day long – an added bonus!

Have you ever made apple cider – using a press or a crock pot or another method?