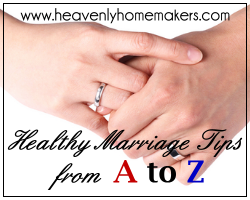 I absolutely love teamwork. I loathed my chores when I was young: folding laundry, doing the dishes, dusting, vacuuming, cleaning the sinks and toilets. I couldn’t do these activities while playing Atari or eating a Scooby snack with “Raggy.” Then my sister and I figured out synergy. Well, we didn’t know the word synergy or its definition – a mutually advantageous conjunction – at  ages 11 and 12 but we found out that we could get our chores finished quicker if we worked together. The teamwork routine was that we put off our chores until 30 minutes before mom would be getting home and first we’d frantically do the chores that had to be completed going solo. Then we’d holler from another room, “Ready to do teamwork?” Then, it was almost fun as we accomplished more in a few minutes than we could have by ourselves in twice the amount of time. The flurry of joint activity would complete just as mom drove up and after a high five we could act like our chores had been finished hours ago.

What if in marriage we could “do teamwork”? The Teacher says in Ecclesiastes 4:9-12, “Two are better than one, because they have a good return for their labor:  If either of them falls down, one can help the other up. But pity anyone who falls and has no one to help them up. Also, if two lie down together, they will keep warm. But how can one keep warm alone? Though one may be overpowered, two can defend themselves. A cord of three strands is not quickly broken.”

In a healthy marriage because of God’s grace two individuals united accomplish more than the sum of its parts. To sum up and confuse more, God makes the two become one (1+1=1) and yet the two are greater than two (1+1 > 2).

But I’d also like to throw in another math equation. In a marriage, if both spouses aren’t working together in a selfless way and are instead tearing each other down, 1+1 can actually be less than one.

Since that equation doesn’t match up with God’s math, I guess we’d need to say that 1+1 < 1 would be the math of the Enemy. Satan would love to see you and your spouse destroy each other so that not only are you no longer effectively pursuing God’s kingdom as a strong Christian couple, you aren’t even productive as an individual.

If your spouse isn’t building you up, don’t let that give you an excuse for being less productive. And if you are the spouse that needs to step it up and become more of a team player, consider yourself kicked in the pants.

Be what God calls you to be. Anything less just simply doesn’t add up.

Ladies, we know you’re reading here more often than the guys. ;)  We’d love husbands to read this article as well. If you feel so inclined please send the link to your husbands, or if it’s easier, we’ve created a downloadable article for you to quickly print off and share. Healthy Marriage Tips A to Z – Teamwork