If you want to turn a regular breakfast into a special breakfast, simply pour chocolate syrup on your pancakes! Here are two chocolate sauce recipes for you (one is dairy-free and low in sugar!). 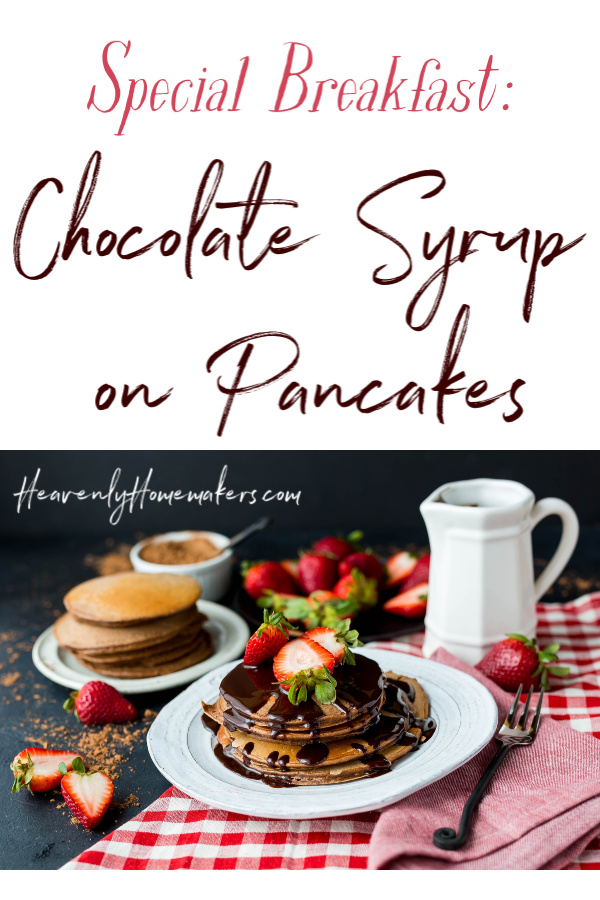 I have all sorts of recipes for you, actually.

What’s great about this idea is that it turns ordinary pancakes into something super special! And if you’re hesitant about putting chocolate sauce on your pancakes because of the sugar, might I remind you that maple syrup is straight sugar also (even if it’s pure maple syrup)? ;) Not only that, if you make the Dairy Free Chocolate Sauce recipe below you’ll actually have a lower-sugar option to pour (or spread) all over your pancakes!

Save Print
Author: Laura
Serves: 2 cups
Ingredients
Instructions
3.5.3251
Drizzle or spread these onto your pancakes and you’ve got an amazing feast. But really, it’s thousands of times better if you then top it all with whipped cream!

What’s your favorite way to top a pancake? 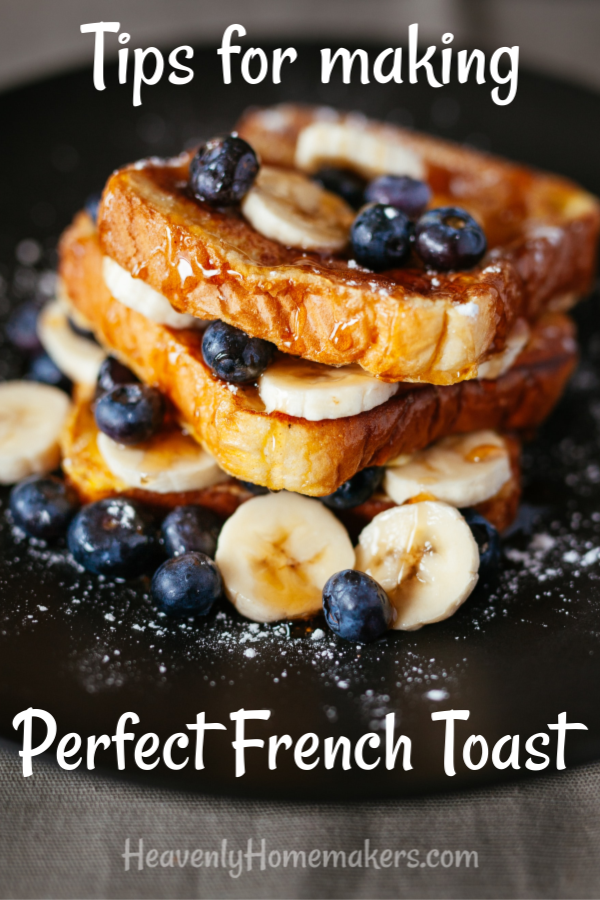 I realize that these tricks may be what you’ve been doing all along to make Perfect French Toast. Still, it’s fun to share, just in case. Nothing like taking a delicious and easy breakfast, brunch, or dinner and making it just that much better!

How to Make Perfect French ToastYum

Here are the two tricks I use to take our French toast up a notch: 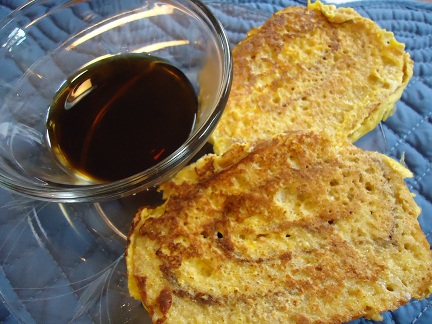 The vanilla adds a wonderful flavor to your French Toast. And using Cinnamon Swirl Bread instead of “regular ol’ bread” is a huge game-changer for the better. THIS MAKES FRENCH TOAST SO GOOD!!

I used to always make Cinnamon Swirl Bread at home. I started using:

But now that we’ve added little ones to our home again and I find myself juggling my bigs, my littles, my marriage, my home, my work, court dates, case worker visits/meetings, appointments, my own health – well…

I happily and un-guiltily buy the cinnamon swirl bread.

Does it need to be said? Ok. Let’s review:

God is bigger than store-bought bread.

However you would like to make your Perfect French Toast, with whatever bread works best for you, go for it and enjoy! But oh making it with Cinnamon Swirl Bread does make it so much better!

5.0 from 1 reviews
How to Make Perfect French Toast

Save Print
Author: Laura
Serves: 4-6
Ingredients
Instructions
3.5.3229
What about making homemade vanilla? Goodness I would but is the price of vanilla beans ever going to go back down?? C’mon beans. We need you. And we need you to cost less than our sons’ college tuition.


Have you tried using Cinnamon Swirl Bread when you make French Toast? And do you add a little shot of vanilla? Mmm, so good.