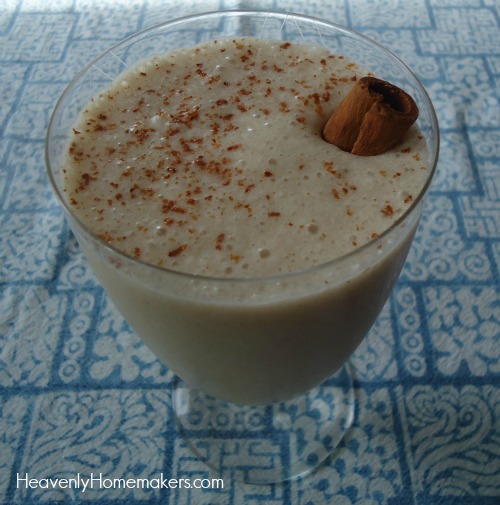 When I came across a recipe similar to this, it claimed that the smoothie tasted just like a fresh cinnamon roll. Hmmm, really? Because have you ever had a fresh cinnamon roll?? I mean, nothing is quite the same as a fresh, warm cinnamon roll straight from the oven dripping with gooey… STOP! That’s just not nice to tease people with talk about freshly baked rolls of cinnomony-ness. Not nice at all.

Let’s very quickly focus on the negatives of freshly baked cinnamon rolls so that we can all stop craving them.

Bleh. Ick. Nothankyou. We absolutely do not want a freshly baked cinnamon roll not even a little bit, no way, nuh-uh.

Clearly, I should have gone into psychology because this tactic is working very, very well to make us believe that fresh, hot cinnamon rolls are disgusting.

(Just now I had to look up how to spell psychology so I guess I’ll stick with writing and recipe creations.)

Now how about this Amazing Cinnamon Smoothie? Here are all the positives and the wonderful reasons we should make these instead of cinnamon rolls:

I’m sure none of us want a fresh hot cinnamon roll anymore. I’ve talked us all out of it. Cravings be gone! Right? Right. Absolutely.

Either way, just go make this simple – no sugar added, by the way – Cinnamon Smoothie. It’s super delicious and you really can make it in about two minutes.

The Most Amazing Cinnamon Smoothie (with a Dairy Free Option)

If you’re still wanting a homemade cinnamon roll (a real one, like the kind that comes out of a pan in the oven) – I recommend this Whole Wheat Cinnamon Roll recipe. Not that you are. After all, you’re about to get up and make this smoothie.

Click over to this post to learn more about picking up some free cinnamon sticks to use in this recipe and others. You’ll also learn how to make Cinnamon Extract, Cinnamon Infused Sugar, Cinnamon Pancake and Waffle Syrup and much more. :)

Now, raise your hand if you definitely do not want a cinnamon roll.