One of my favorite ways to cook is to turn leftovers into a brand new meal. That’s how this Simple Ham and Cheese Soup came to be. 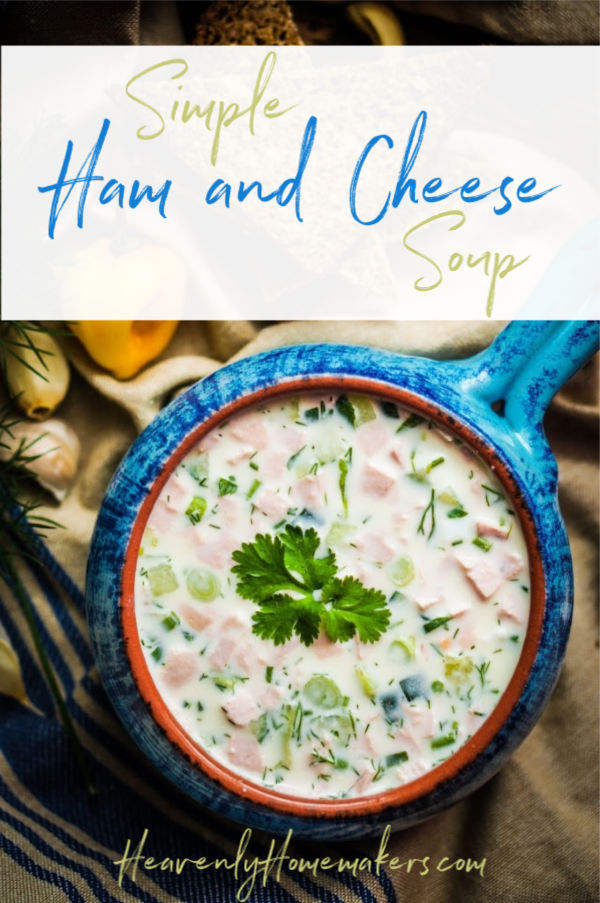 Did you see the recipe I recently posted for Easy White Queso? I simply took that recipe, added three more ingredients, and turned it into a most delicious and flavorful soup!

But you don’t often have leftovers, you say? Oh, I hear you. That’s why I often double recipes so that I create leftovers on purpose! That way we can have a Taco meal with White Queso one night, then have Simple Ham and Cheese Soup the next night with very little effort! 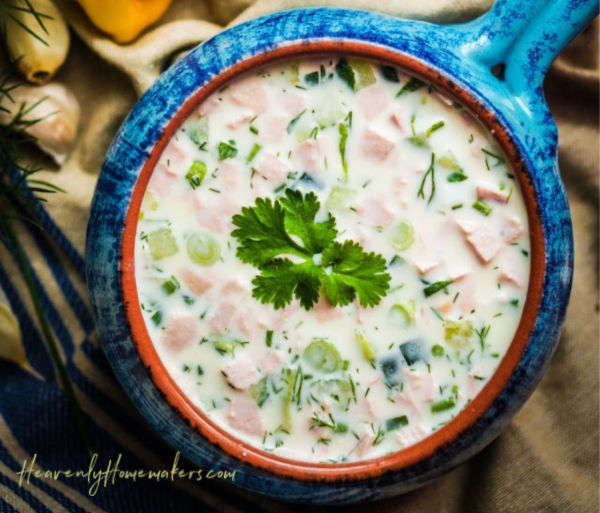 For the record, I don’t add garnish because as pretty as that is, who has time for garnish? So when I make this, it looks just like what you see in this picture except for the pretty green garnish. #realmom

Note: If your family doesn’t prefer much spice, substitute your favorite cheese (cheddar or Colby jack maybe?) for the Pepper Jack cheese. You can also skip the Rotel. We prefer both the Pepper Jack and the Rotel for the awesome flavor those add to this soup!

What to serve with Simple Ham and Cheese Soup

Need some ideas for tasty breads to serve with this soup? Here are a few ideas:

We’ve got a huge list, and it keeps growing!

We love how Simple Meals has been saving family time for so many, and helping people put great food on the table each night! Join us for just $1/week!